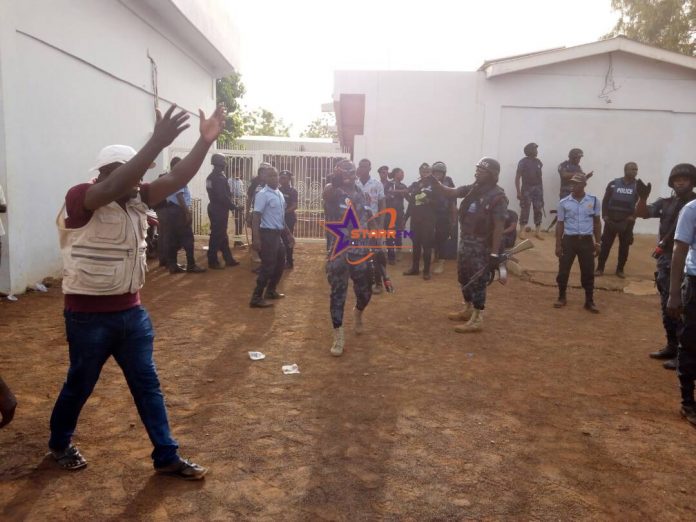 The director of Research at the Kofi Annan Peacekeeping Training Centre, Dr. Emmanuel Aning, has predicted lawlessness under the aegis of vigilante groups affiliated to the ruling New Patriotic Party (NPP) will not cease.

About 19 acts of violence spearheaded by the various vigilante groups of the NPP have been recorded since President Nana Addo Dankwa Akufo-Addo took over from John Mahama. The recent attack took place in Karaga in the Northern region by a new group known as ‘Burma Camp.’ The irate NPP youth have forced the DCE and the Youth Employment Agency boss of the area out of office.

Dr Aning is forecasting a dangerous situation which will overwhelm the security agencies.

Speaking on Starr Today on Thursday, the security expert noted until the President exerts his authority the situation will exacerbate.

For him, “political vigilantism in Ghana has become a currency.”

“Dependent on the kind of agreements you had behind the scene prior to your party winning power, you can hold your party to ransom,” Dr Aning stated, adding “And that is what we are seeing.”

“It’s going to escalate into 2020 and it will get considerably worse. We live in an extremely dangerous neighbourhood. If we don’t take time and control this and smash it, the state of Ghana and the authority of the president must be demonstrated in all certainty,” he opined.

Meanwhile, the Ghana Police Service has vehemently defended its men against allegations that they shy away from arresting and prosecuting offenders who are linked to the ruling party. They claim that all offenders are treated equally and without any consideration of their relationship with the party in government.

There is growing concern that the Police service is weak in dealing with political vigilantism. Groups like the NPP’s Delta Forces, Kandahar Boys, Burma Camp and Invisible Forces have grabbed headlines for boldly attacking state officials and locking up state buildings in what is becoming a dangerous trend of lawlessness.

Speaking on the same show, Director of Police Public Affairs ACP David Eklu said they are on top of issues and will continue to protect citizens.