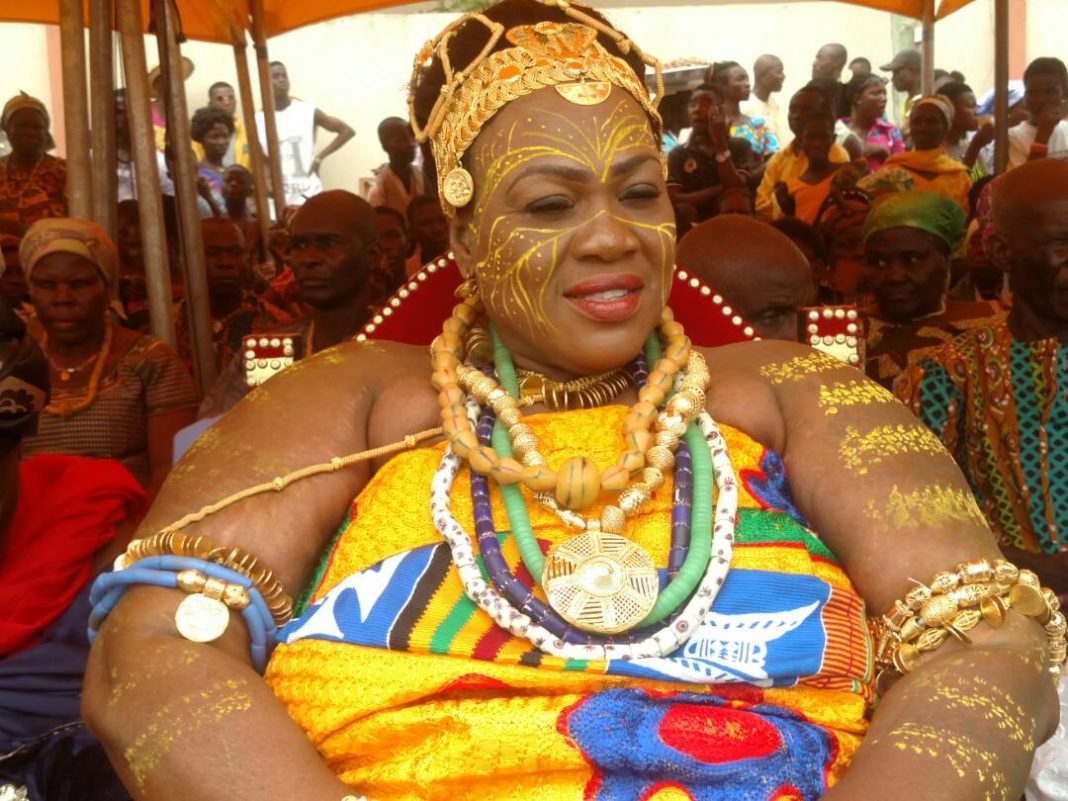 This year’s Ada Asafotufiami festival has been seen as a successful one, particularly considering the kind of dressings that were exhibited at the celebration previously.

The notable festival has, over the years, been characterised by indecent dressing as young ladies and their male counterparts wear dresses that expose their private parts, rendering them half naked.

Chiefs and queen-mothers particularly from the Ada Traditional Area have raised concerns about this type of dressing by the youth during the festival, a situation which to them negates the very essence of the festival which has cultural and eco-tourism undertones.

Such concerns intensified over the last three years as Queen mothers have incessantly admonished the youth, especially women, against such dressing. One of such people is the Queen mother for the Kudzragbe Clan, Naana Ohui Ametor l.

She was, however, happy to see a change in dressing at the festival this year which, to her, implies that the youth are heeding to advice and was optimistic that there will be a drastic change with time.

Naana Ohui Ametor l was also happy that the youth have taken to wearing the local fabrics which she believes will help step up the promotion of the local fabric and Made in Ghana goods.

The Kudzragbe Queen mother noted that such laudable practice will also revive the dying local sewing industry since seamstresses and tailors will have young people willing to learn sewing which in turn will create jobs for them. Naana Ohui Ametor l, also called on the government to develop the rich tourist sites in the Ada Traditional Area to fetch money for the area and the nation as a whole.

She went on to remind the Nana Addo led administration of their promise to establish a juice factory in Ada as part of its One District One Factory concept to prevent the yearly post harvest losses in water melon, tomatoes and other perishable fruits in the area.