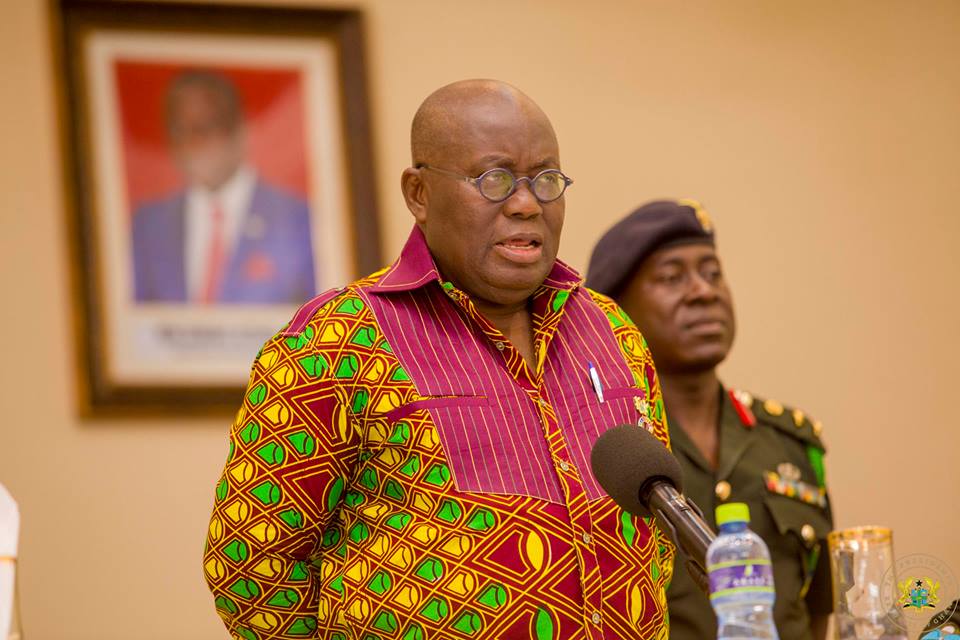 President Nana Akufo-Addo is threatening to crack the whip on any person or group of persons found to be engaged in smuggling government’s subsidized fertilizer.

Describing such acts as inimical to the growth of the agricultural sector, the President asked the necessary agencies to deal ruthlessly with anyone caught in the act.

Speaking at a meeting with the Upper East Regional House of Chiefs in Bolgatanga, President Akufo-Addo said “I need your help to keep an eye out and cooperate with the law enforcement agencies to stop the smuggling.”

“…those who are responsible for this smuggling, we are going to have the law deal with them appropriately…we won’t allow a few people to spoil a good thing for the majority of us,” he added.

Peasant Farmers inaugurate watchdog committee to curb fertilizer smuggling There have been several complaints of smuggling of subsidized fertilizer in various parts of the country.

For this reason, the Peasant Farmers Association of Ghana (PFAG) in May 2017, inaugurated fertilizer security watchdog committees in all border towns across the country to help curb the menace.

The fertilizer watchdog committees have been tasked to monitor the movement of subsidized fertilizers across neighboring countries, and report such perpetrators to the security agencies for arrest and prosecution.