Home Uncategorized Trading our forests for money; a threat to the future 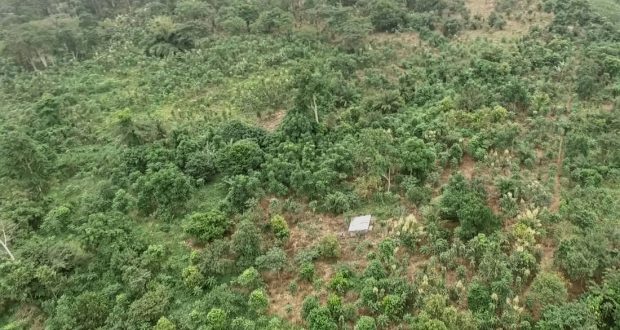 What is this issuance of “prospecting” mining license in forest reserves flying everywhere in traditional and social media like that? Why these many permits to companies to take down Ghana’s rain-forest like that? Is that what collectively as Ghanaians we are agreeing to go about our development? Really! How many trees have today’s generation planted to warrant taking down what we came to meet? Will the US or UK give out a forest reserve for mining without having a replacement?

Wow! Is this how we are as a people? See, if you think the cool climatic condition around you out there has nothing to do with our forest cover, travel to our own Northern Ghana or Niger or Dubai in summer, and you will understand. And if you think the food in abundance on our markets in Sunyani, Kumasi, Accra, Takoradi or elsewhere has nothing to do with the weather in our rural areas, cast your mind back to 1983 in Ghana.

In the last couple of months, the number of so-called prospecting licenses from former President Mahama’s government and Nana Addo’s administration to gold and Bauxite mining companies in forest reserves that are popping up just don’t add up! The sad justification is that, they are going into the reserves for prospecting. Whichever way you look at it, they end up securing Mining Lease in these rain-forests.

What is shocking is the Forestry Commission’s approval to all these permits. They are always granting prospecting license to these companies as if when there are commercial finds, the forest won’t be taken down.

On 1st September, 2016, the Forestry Commission granted an entry permit for two years to C&G Alaska to carry out mineral prospecting license in the Upper Wassa Forest Reserve in the Wassa Amenfi Central District of the Western Region. Three (3) months after this license was issued, the company was finally given a mining lease to dig down this ancient rain-forest on 23rd December, 2016.

On 8th June, 2016, an entry permit was issued by Forestry Commission to Gye Nyame Mining Limited to go after the Fure River Forest Reserve in the Prestea Hini Valley District of the Western Region. Before, Forestry Commission could realize, the company was carrying out Illegal mining (galamsey) operations in compartment 1 of the forest which had been declared a Globally Significant Biodiversity Area (GSBA) in 2001.

On 24th December, 2015, a prospecting license was given to Exton Cubic Group Limited to also head for the Tano-Offin Forest Reserve for Bauxite in the Ashanti Region by the then Lands and Natural Resources minister under former President Mahama, Nii Osa Mills. On 20th June, 2017, the Forestry Commission gave Forest Entry Permit to the company.

When is the next one coming, and how many of such permits have been given out to these companies? Which forest reserve is the next victim?

In all of these, communities’ people who are the custodians of these sacred reserves have resisted the attempt to sell off the reserves. But our anti-green governments have succeeded in using state security to coerce the people to surrender.

In my view, instead of our governments looking for the next forest reserve to take down, why not travel to countries without resources like we have, and learn how they have moved from our third world status to developed ones?

Truth is that, when we are developed with these present reserves standing, our heritage alone will fetch us monies through eco-tourism.

But before I end, let me paraphrase this speech delivered by a teenager at a UN General Assembly in 1992, on behalf of her other four friends. She told the assembly in plain words that:

“[Telling you this] today, we have no hidden agenda. [We are] fighting for our future. Losing our future is not like losing an election, or a few points on the stock market. [We are] speaking for all generations to come.

[We are] speaking on behalf of the starving children around the world whose cries go unheard. [We are] speaking for the countless animals dying across this planet because they have nowhere left to go… [We used to go fishing in the village with [our fathers], until just a few years ago, we found the [the rivers through the shades of forest heavily polluted], and now we hear of animals and plants going extinct every day, vanishing forever.

In [our lives], [We] have dreamt of seeing great herds of wild animals, jungles and rain-forests full of birds and butterflies, but now [we] wonder if they will even exist for [tomorrow’s children] to see.

[Question:] Did you have to worry about these things when you were a child? All this is happening before our eyes and yet we act as if we have all the time we want and all the solutions. [At your various offices], you may be [appointees and ministers] of the government, business people,… or politicians. But really, you are mothers and fathers, sisters and brothers, aunts and uncles, and all of you are someone’s child.

[In the developed worlds,] people live a privileged life with plenty of food, water and shelter. [They have super computers, good roads, food, big airports, ships and mega structures]. The list can go on and on for days.

….If a child on the streets who has nothing [may be] willing to share, why are we who have everything still so greedy? At school, even in kindergarten, you teach us how to behave in the world. You teach us to not fight with others, to work things out, to respect others, clean up our mess, not to hurt other creatures, to share, not be greedy. Then why do you go out and do the things you tell us not to do?

Do not forget why you are attending … [workshops, conferences, capacity building programs etc.], and who you are doing this for. We are your own children.

You are deciding what kind of world we are growing up in.

Parents should be able to comfort their children by saying, “Everything is going to be all right; it’s not the end of the world and we’re doing the best we can. But I don’t think you can say that to us anymore.

Are we even on your list of priorities? [Our dads] always say, you are what you do, not what you say. Well, what you do make [us] cry at night. You grown-ups say you love us, but [we are] challenging you, please make your actions reflect your words. Thank you.