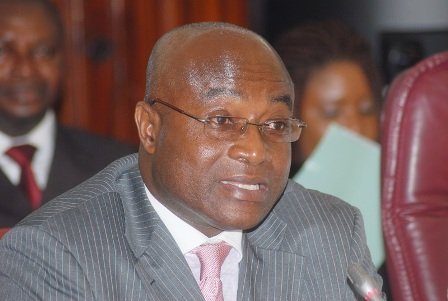 The leadership of Parliament has stressed the need for the citizenry to develop in-depth knowledge of their legislative functions.

“In most cases, Members of Parliament (MPs) have been unnecessarily misunderstood and attacked for not championing the cause of socio-economic development in their constituencies,” Mr. Osei-Kyei Mensah-Bonsu, the Majority Leader and Minister for Parliamentary Affairs, noted.

Addressing a ‘Parliamentary Constituency Forum’ at Asante-Bekwai, in the Ashanti Region, he said the rate of ‘ignorance’ about the core functions of parliamentarians amongst the average Ghanaian was worrying.

“The august house has over the years lost some very experienced and knowledgeable personalities as their constituents agitate for their removal for not spearheading development of their areas. This is unfortunate,” he lamented.

It was against this background that the august house was working with the National Commission on Civic Education (NCCE) to promote public understanding of the duties and responsibilities of parliamentarians.

The programme was put together by the Public Affairs Unit of Parliament to create a platform for the people to engage their representatives, as well as the leadership in order to promote national development issues.

It fell in line with the on-going outreach programme of the Unit designed to allow for participatory democracy and rule of law.

The programme had in attendance the majority and minority leadership, traditional authorities, civil society organizations, and a cross-section of the public.

Topics discussed encompassed the legislative, informational and financial control functions of parliament, Directive Principles of State Policy, functions of the Public Accounts Committee, as well as duties of the various caucuses in Parliament.

Mr. Mensah-Bonsu stated that Parliamentarians would continue to build consensus on issues that affected the interest of the people.

He advised Ghanaians to be law-abiding in the discharge of their duties since no meaningful development could take place in a chaotic environment.