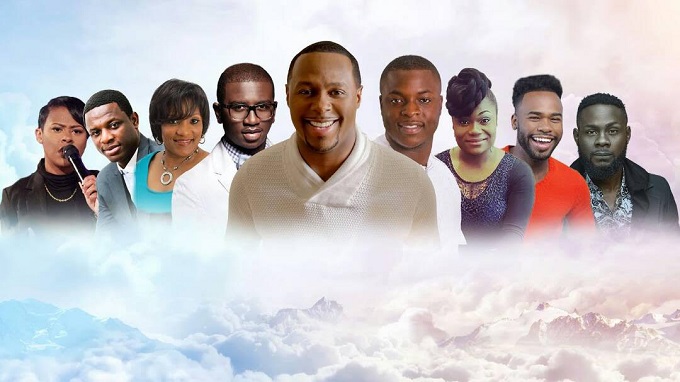 As part of activities to complement a historic gospel concert which assembled adept African gospel artists onto one platform few months ago in Maryland, Halal Afrika, organisers of the event, are set to release an album for individuals, families and churches to share in the blessings.

Titled “My best worship”, the album was recorded live at the 2017 Halal Afrika Concert which was staged at the i5 auditorium, Maryland on Saturday, July 8, 2017.

The 10-track album which will be up for grasp from 4th December is blessed with the inclusion of globally revered Gospel Singer and Songwriter, Micah Stampley and Nigerian’s Double Double hitmaker, Uche Agu.

The album is a perfect composition of all trends of music and features other sensational gospel artists like Pita Linus from Nigeria, Kierre Bjorn Lindsay from North Carolina, Breanna Colonn and Jonori Essandjo from Congo, Kimiesha Dean and Jesse Jenkins from Washington, D.C.

Among the songs on the album are First Love, You are God, Faithful God, He’s been good, Wo so, Jehovah we praise you and other tunes specially crafted to glorify, honour and appreciate God.

All the songs on the album have been masterly engineered to enable gospel music lovers get an intriguing experience of live gospel music pleasant to the soul and the heavens on tape. It was composed by a team of naturally talented personalities. The services of Grammy Awards winners in world-class sound engineering, Danny Duncan (Vanguard Recording) and Armando Fullwood (Waves) were engaged.

A touch from mixing engineer, Paul Salveson of SalvoMix added to the quality of songs on the album. In addition, Sean Walters, Emmanuel Adamah and Jimmy Johnson were key figures in the production of the album.

The festival that conceived the album was inspired by the word “Halal” which denotes “to shine, to praise, to glory and to boast of God”. It is a word that defines a wholehearted praise to God with no reservations.

Halal Afrika is the brain child of two African brothers, Daniel and Godfred Onnomah. The central objective of Halal Afrika is to spread African gospel music throughout the world. For this purpose, the appeal of Halal Afrika transcends the borders of Africa and reaches out to non-Africans and Africans in the diaspora.