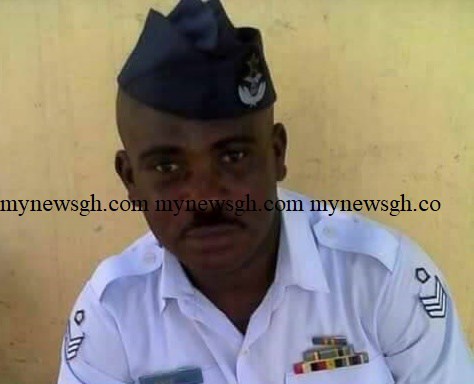 A military man with the Ghana Airfoce Base in Takoradi , WOI Asiedu has been arrested by the police in the Western Region for using the nude images of a female teenager to blackmail her.

According to the account of the police, the suspect befriended the unnamed 17-year-old and persuaded her to send him her nude pictures.

He then used the pictures as a bait to blackmail the girl, threatening the girl to avail herself for sexual intercourse or he would leak the photos on social media

The girl was being reluctant but this military man kept persisting amidst threats.

At a point, it was reported that the poor girl even decided to end her life since she was not prepared for the act

The devastated girl confided in a brother who also called to inform Nhyiraba Paa Kwesi Simpson, a local journalist in the area and he in turn notified a security operative.

A plan was fashioned out for the suspect to meet his victim at a particular hotel for the sexual demand and in the process was arrested on Saturday morning and handed over to the police who are currently investigating his conduct.