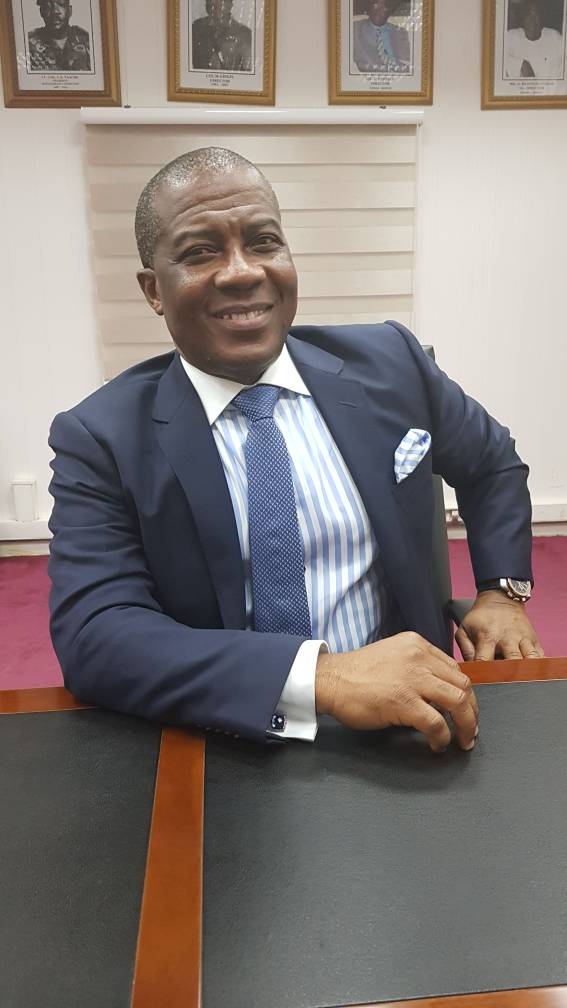 The quest of Kofi Osei-Ameyaw, Director General of the National Lotteries Authority (NLA), to make some changes that would up government’s revenue at the Authority has been met with a threatening resistance and antagonism that has both political and economic interests.

If Kofi Osei-Ameyaw is allowed to succeed in his vision of making the NLA operate its own internal platform rather than outsource the job to private companies, the Authority and government would make a revenue increase of over two hundred percent (200%) but that would mean the private companies profiting from that contract would be out of business.

There is huge money at the NLA but most of it goes into the coffers of private companies that have been contracted to take care of various aspects of running the lottery platform, while government gets very little.

Osei-Ameyaw, after his appointment by President Akufo-Addo as Director-General of the NLA, took rather tough decisions to sway the pendulum and cash cow in the direction of government rather than private individuals.

This bold attempt to change the status quo which has been in existence for decades has angered the private beneficiaries and they are fighting back tooth and nail to ensure Osei-Ameyaw is sacked from the top position from where he takes all the decisions.

Already, because of the new measures Osei-Ameyaw has put in place, the amount of money the NLA pays into the Consolidated Fund increased by almost GH¢15 Million just before the close of last year.

But what it meant was that the amount of money that went to the private contractors reduced drastically.

‘Give A Dog A Bad Name And Hang It’

DAY BREAK has gathered that hitherto, the NLA validates stakes only after the draw, a rather awkward situation which makes fraud very easy and tempting.

Kofi Osei-Ameyaw, after taking office, took a decision to reverse the trend and ensure that all stakes are validated and closed before the draw to know the winning numbers.

The plot has been to fish for anything that has the semblance of corruption that has the slightest relation to Osei-Ameyaw and then get mercenary journalists to throw it in the public domain with a spin on it.

A particular morning show host of an Accra based urban radio station is reported to be one of the key journalists that has sworn to use his platform to ensure Kofi-Osei Ameyaw does not last at the NLA by painting him black constantly.

DAY BREAK could not reach Osei-Ameyaw for comments but he was quoted by The Publisher on Wednesday to have said: “Fortunately, some of the persons behind this agenda have started confessing to us who their pay masters are and we are waiting for directions from our legal team before we swop on them. Believe me, we are fully monitoring and playing along for now.

“My Board and Management are helping make huge inroads here since we took over the NLA. Figures do not lie and the figures show that the cash we are generating for government and putting into the Consolidated Fund is unprecedented.

“Persons who are not happy that we are blocking loopholes and leakages in government revenue are bent on destroying our image and hard work. This is not about Osei-Ameyaw. It is about a mafia that is opposing the new changes in the NLA that has caused a blockage of revenue leakage”

No Mismanagement at NLA