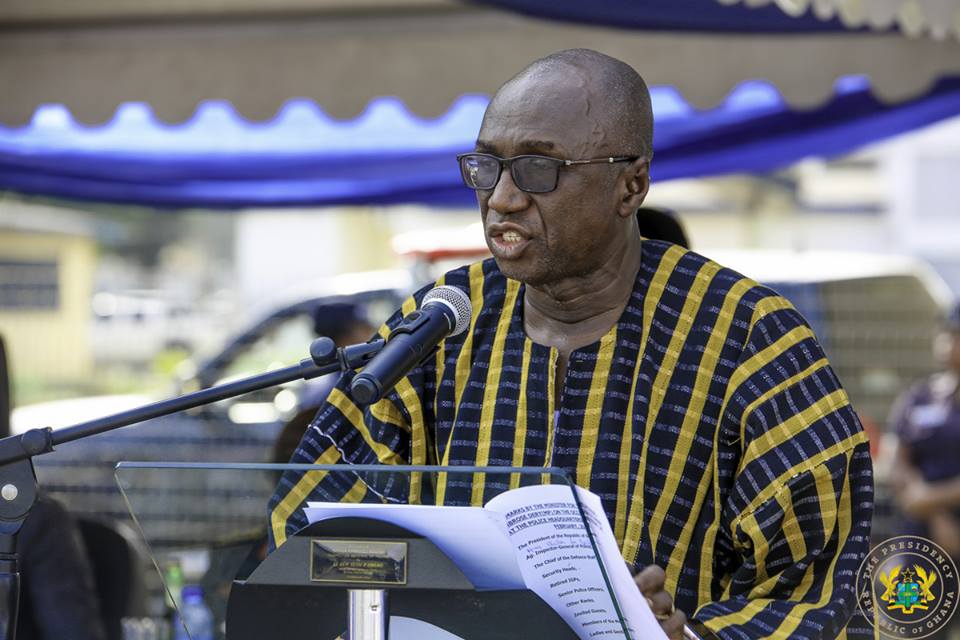 DAYBREAK has established that, after dithering over recruitment processes for almost five years, the Ghana Immigration Service GIS is planning another recruitment of personnel into the Service this year 2018, without addressing the official banditry associated with the last botched recruitment.

Under the ongoing recruitment exercise, applicants who still numbered several thousands, again bought forms at GH¢50.00 per applicant, without any notice to them that those who previously bought forms would be shortlisted for selection, interview and appointment. .

The interesting thing about the recruitment exercise is that, whilst the GIS admits the scam, it is adding more suspicion to the exercise by failing to show how transparent it would be this time, after ripping off several thousands of applicants of GH¢50.00, without picking even one applicant to recruit or attend an interview.

In a document in possession of DAYBREAK dated Wednesday 29th July, 2016, the GIS moots information indicating that it was going to favour shortlisted applicants, as if there was an interview or selection of candidates, after the botched recruitment exercise in 2013.

“The issue of the botched 2013 recruitment was heatedly discussed by MGT. The consensus was that modalities should be put in place to ensure that those who were shortlisted be part of this current recruitment processes.”

Continuing, they stated that: “After the MGT decided that the Directorate should meet the Honourable Minister for the Interior to iron out the issue of age limit and the botched 2013 recruitment exercise.”

In spite of this anguish to parents and teeming youth, who throng to pick forms when such announcements are made, the GIS has poor conditions of service, with salaries and allowances lower than what pertains in other state security agencies, including Customs, the Armed Forces and the Police Service.

Not quite long ago, the Ghana Immigration Service (GIS) stated that it was not the intention of management to cash in on the recruitment process especially as stories on social media seems to portray.

It said the process of the recruitment was not peculiar to the GIS, but a process used by all the Security and educational institutions.

A release issued to the Ghana News Agency earlier this year said “Indeed the Human Resource requirement practices will allow for a large pool of prospective applicants in a recruitment drive such as ours to select the best in terms of education, experience, physique and other expertise that will be require”.

It stated that “inherent in the requirements and process were restrictions to regulate and limit the number of applicants, such as age, height and even the period for the sale of e-voucher was also limited. Yet we had applicants who did not meet the basic requirements but went ahead to purchase the vouchers.”

It stated that the GIS has taken notice of the news making rounds in the media about monies generated from the sale of its recruitment e-vouchers for recruitment into the service, and management of the service would wish to make issues clear.

It said the Ministry of Finance last year gave clearance to the GIS to recruit 500 eligible Ghanaians into the service. Management immediately set up a committee to come out with modalities for the recruitment process.

It said following from this, an advert was placed in the National Dailies setting out the requirements for the recruitment. The GCB Bank limited was contracted to be the sales point for the sale of e-vouchers across all their branches nationwide.

It stated that sale of application forms was not new, since it has been the practice in previous recruitment exercise since 2012.

According to the release the cost of this year’s application e-vouchers was reduced from GH¢100.00 to GH¢50.00 as compared to the previous recruitment in 2016 upon the directive of government to all security agencies under the Ministry of the Interior.