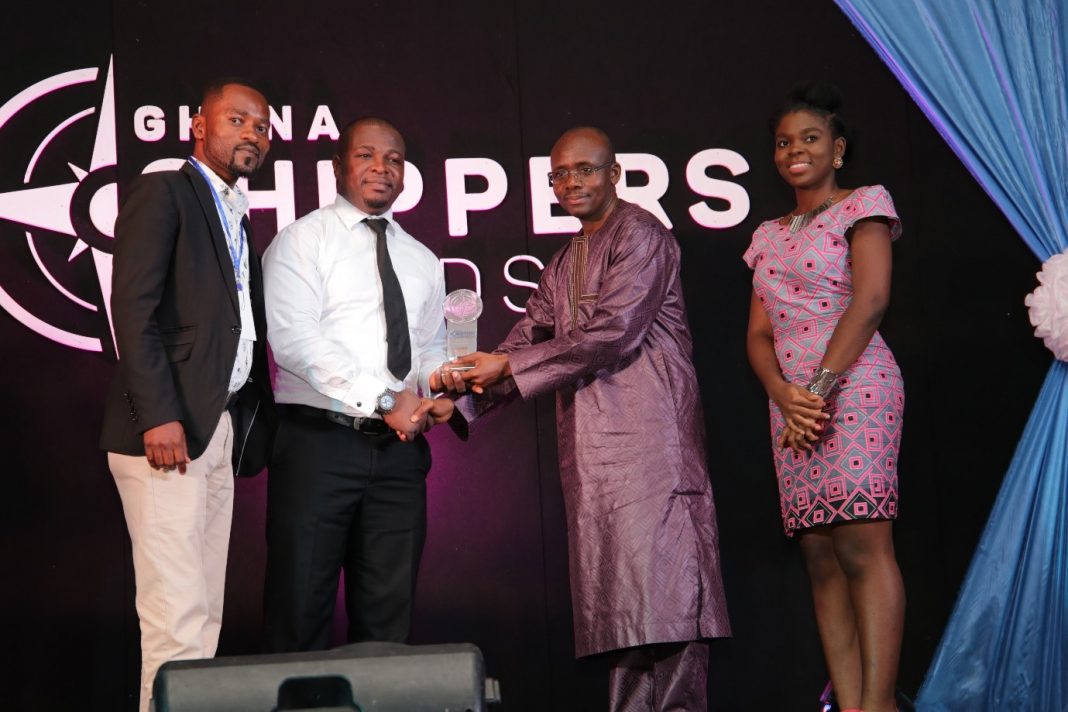 The authoritative current affairs maritime program, Eye On Port has been adjudged the Maritime Media Program of the year at the maiden edition of the Ghana Shipping Awards.

Eye on Port, the authoritative current affairs maritime program was instituted by the Ghana Ports and Harbours Authority to educate and inform the shipping public on the dos and don’ts of the industry.

So far, as the only television program that focuses on shipping and maritime trade in Ghana, Eye on Port has carved a niche of being the fastest, elaborate and most reliable source of informing the entire Ghanaian community on sea trade.

Since its inception, the programme has conducted ground breaking investigations that have assisted importers to recover their goods or bring sanity on the corridors of Ghana.

Notably among issues pursued, is an importer who imported a Hyundai CRV which was wrongly confiscated by the Customs Division of the Ghana Revenue Authority even though it was not up to 60 days.

The importer said he got educated on the Eye on Port platform that vehicles imported have only up to 60 days for them to be cleared.

He subsequently reported to the Eye on Port team who embarked on painstaking investigations to ascertain the veracity of his claim.

Both officials of customs and the vehicle allocation committee were contacted and they admitted there was an error on their part.

Accordingly, the importer was compensated with a 2013 version of the Hyundai CRV.

Again, an importer of a Toyota Highlander visited the offices of Eye on Port with the concern that his clearing agent misled him leading to the seizure and subsequent allocation of his car.

Eye on Port, once again took up the issue, conducted its own investigations and the owner got his car back.

Eye on Port also followed up the issue of an Audi Q7 which was reported by a US based Ghanaian Jonathan Hammond and his wife. According to them, their vehicle was wrongfully confiscated by customs.

Following persistent follow ups with customs and the vehicle allocation committee an arrangement was reached with them for compensation.

Another issue Eye on Port made progress is the Ghana-Australian group which imported some charitable goods and could not find the location of the items. Once again, the Eye on Port team took it upon its shoulders by conducting an investigation which led to the discovery of the items in the state warehouse.

Through this platform, several importers have been educated on the need to use legitimate means to do their business.

It therefore did not come as a surprise when Eye on Port was adjudged the best maritime media program at the Ghana Shipping Awards.

Earlier this year, Eye on Port also received the best Maritime Program at the maiden edition of the Ghana Maritime Awards.