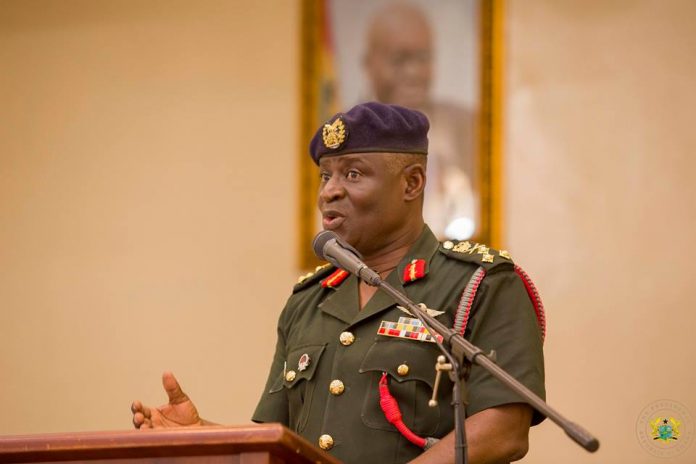 Reports filtering in from our Military High Command sources indicate that soldiers sent on peace-keeping assignments in the Middle East, particularly Lebanon, are throwing all caution to the wind as ambassadors of civility and banging cheap Lebanese girls left, right and centre.

The craze, which had been ongoing for decades among the lunatic fringe in the otherwise decent Ghana Armed Forces contingents of yesteryear, has, however, turned so infectious that the current Chief of Defence Staff, Lieutenant General OB Akwa, has been compelled to express his disappointment and resentment over the matter.

He did not relent in pointing out to the soldiers the need for them to play specific roles to achieve specific targets in line with strict military codes of discipline, saying he can name names and point fingers but would, however, love to give the delinquent soldiers a chance to repent and reorder their vocation as soldiers from a nation regarded as decent in matters of peace-keeping and diplomacy.

According to our very reliable sources, at a durbar held last week Thursday at Burma Hall in Accra, the angry CDS, in blood and thunder language threatened culprits who would dare continue giving the Ghana Armed Forces a bad name among other nationals partaking in peace-keeping missions, will have himself to blame.

Though he did not specify the type of punishment to be meted out to any individuals and groups will be severely dealt with.

“We send you out on missions to carry the flag of Ghana High,” he reiterated, “and not to engage in acts that lower the esprit de corps of the contingent.”

Concluding, he cautioned: “For now, we will only hope that craze dies with the close of the durbar, because the axe will fall sooner or later, without discrimination on any one caught in that unbecoming act.”

Middle East women are traditionally known for the beauty and simplicity and media reports indicate they have a fondness for African soldiers engaged in peace-keeping duties on their soil. They have warm hearts for these soldiers, who equally become enchanted by their attraction, causing them to be distracted from their civil and patriotic duties for Ghana and the UN Mission.