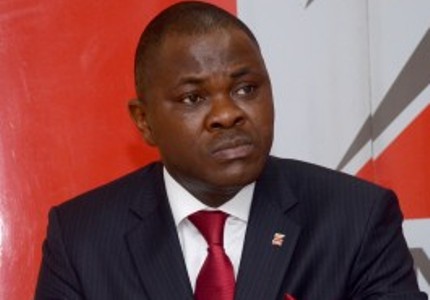 Zenith Bank has indicated its readiness to absorb another bank to grow its base and improve its portfolio.

It follows the dramatic increase in the minimum paid up capital for commercial banks.

The Managing Director of Zenith Bank, Henry Oroh who admits that mergers and acquisitions may not be inevitable however says any such decision will be dependent on the prevailing opportunities.

The decision by the Bank of Ghana to raise the minimum capital required for operation by commercial banks by over 230 percent has been viewed by analysts as a bold decision.

The central bank and government have argued the need to consolidate operations in the financial sector and drive economic growth.

Though Mr. Oroh says acquiring another bank is not an immediate option, his outfit will acquire a bank when the conditions are right.

“Traditionally, Zenith Bank grows organically and we do little of mergers and acquisitions (M&A). But there are times that if it is going to be for the betterment of the market, then it is a possibility. But as it is, given our books, given our position and financial health, I do not think Zenith Bank will go into a voluntary M&A.”

“But if we see a very enticing, profitable and very good opportunity coming up over the next twelve months I do not think we are going to walk away. So we will continue to watch the markets and see when opportunities present themselves,” he explained.

A recent study on the potential of commercial banks to meet the new regulation, by a Credit Consultant, Emmanuel Akrong, listed Zenith Bank as one of three banks that are qualified to raise the amount without any major hassle.

The bank in 2016 for instance posted a profit before tax of 202.6 million cedis.

As at the end of June 2017, Zenith Bank’s profit before tax had gone up to 102 million cedis from the 92 million cedis recorded in the same period in 2016. Meanwhile the commercial banks have till the end of 2018 to meet the revised minimum paid up capital to the Bank of Ghana.