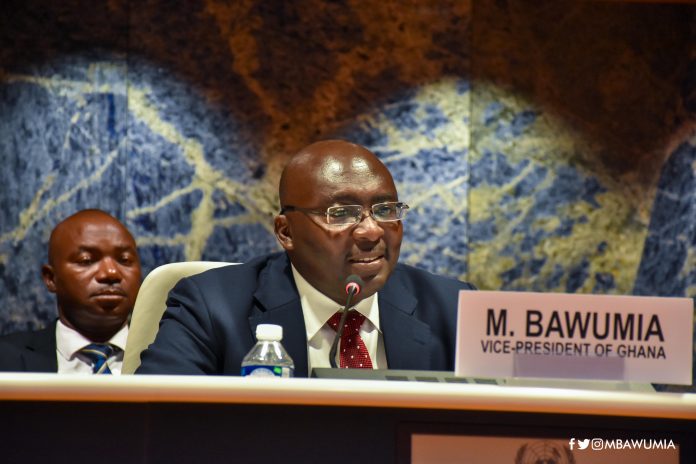 A statement signed by Anabel Gonzalez, Senior Director, Trade and Competiveness Global Practice of the World Bank Group, said Ghana has been selected to be a Founding Member of the Investment Reformers Network, which will be inaugurated at the Forum.

It said the Investment Reformers Network (IRN) aims at providing visibility to transformational reforms with inputs from the World Bank Group’s support and showcases impact on the international business community.

It said participation in the IRN is by invitation only at a high political level and comprises a limited number of countries. About 15 countries worldwide have been selected for the 2017 Forum, including three “Star Reformers”.

This is contained in a statement issued by the Office of the Vice President and copied to the Ghana News Agency in Accra, on Wednesday.

“For a long time, different international indicators have captured reforms undertaken by Governments to improve the ease of undertaking business by small and medium firms.

“However, those indicators do not capture the transformational Investment Policy and Promotion (IPP) reforms that can unlock Foreign Direct Investment (FDI). Thus, key reforms impacting FDI and its spill-over effects on the domestic economy may go unnoticed by the international investment community,” the statement said.

In a related development, Vice President Bawumia is also billed to participate in the 7th Nordic-African Business Summit in Oslo, Norway, scheduled for October 26, 2017.

The organisers of the summit indicate that it is designed to promote and create awareness of the many business opportunities on the African continent, as well as bridging the Norwegian/Nordic and African business communities.

The event is being organised by the Norwegian-African Business Association and Norfund, the Norwegian government’s investment fund for Africa, in partnership with the Financial Times, UK.