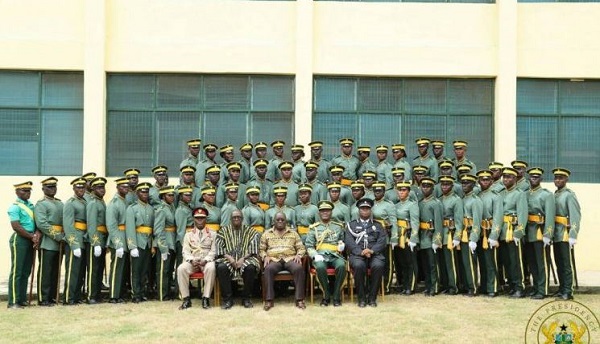 President Akufo-Addo has assured Ghanaians that he is determined to ensure that the open-border policy adopted by his government, since June 2017, will not undermine the economy.

According to the President, a fundamental part of Government’s strategy for growth has been to associate Ghana strongly with the process of regional and continental integration, adding that the measures his government has put in place should make Ghanaian businesses more competitive in West Africa, Africa and beyond.

“It is for this reason that government has taken the decision to open all our borders to operate for twenty-four hours. This will boost trade and tourism, and, then, we can reap the economic benefits,” he said.

The President continued, “The opening of our borders is giving true meaning to the ECOWAS Protocols on Free Movement of Goods and Persons, and will spur on progress and prosperity for our peoples. That is why, since 8th June 2017, the Aflao border post has been running for 24 hours, and same has been extended to Akanu and Segbe border posts. In due course, Elubo, Sampa, Golokrom, Hamile and Paga will follow.”

Government, the President noted, is mindful of the security threats and challenges this policy may bring, especially so with the growing threat of terrorism in the region.

He assured the Ghanaian that “our security agencies have been put on high alert, and are co-ordinating effectively with our neighbours to keep our respective countries safe. So far, the Immigration Service has played a key role in this co-ordinated effort, as it has provided critical and vital intelligence in addition to manning our borders rigorously during this period.”

The President noted, however, that the 24-hour opening of Ghana’s borders has also increased the spate of smuggling from the country.

He, therefore, urged the officers of the Immigration Service to be vigilant in assisting to combat this scourge, and help bring the perpetrators of these crimes to book.

“I am determined that our open-border policy will not lead to the undermining of our economy, and I need your support to ensure that,” he added.

President Akufo-Addo made this known on Wednesday, 26th October 2017, when he delivered a speech at the at the graduation parade of the Immigration Service Officer Cadet intake 9 at Immigration Academy and Training School, at Assin Fosu.

In recent years, the President noted that issues of migration have taken centre stage in national, regional, continental and global discussions. These issues have cost Presidents and Prime Ministers elections, and brought in new leaders, in some countries, as a result.

“Immigration has been tied to global security, especially within the growing threats of terrorism. The fear of attacks is driving a growing link between anti-terror measures and immigration policy. At the same time, immigration has been proven to be a strong developmental tool of many countries, playing key roles in the rapid expansion of their economies,” he observed.

It is for this reason, he stressed, that in the 2016 Manifesto of the New Patriotic Party, the party assured that if it won the election, “we will offer extensive training in specialist areas in the growing areas of crime detection and prevention, customer service relations, and trends in global cross-border crimes and anti-terrorism tactics. We will also provide modern and strategic equipment to make them more efficient, as well as offering competitive remuneration to enable the Service attract the best personnel.”

President Akufo-Addo reiterated the commitment of his government to the realisation of these campaign pledges, adding that “from the last 10 months, the period of stay of my government in office, you can all attest to the fact that when I promise, I deliver.”

To the graduating class, the President noted that they are entering the service at a critical time of its development.

“The training you have received will assist you greatly in the discharge of your duties, and also in helping to realise the vision of the Immigration Service. I urge you to maintain high levels of discipline and strive not to compromise on your professional ethics. Diligence, integrity and honesty must be your watchwords,” he added.