Home Opinion Knocking Them Cold National Media Commission, where are you? 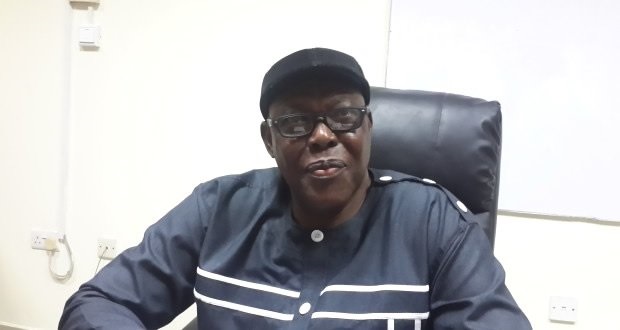 I have read in disbelief the 20th October, 2017 press release from the Ministry of Communications under the caption: “MINISTER FOR COMMUNICATIONS OFFERS REPRIEVE TO SANCTIONED FM STATIONS”

While we may somewhat commend the Ministry of Communications and for that matter the Akufo-Addo government for succumbing to local and international pressure by grudgingly and half-heartedly intervening in the high-handedness of the National Communications Authority (NCA) after the latter had reneged on its regulatory duties for close to two decades, it is the clear and unambiguous voice of the Ghana Journalists Association, the Ghana Independent Broadcasters Association, Judicial Service Staff Association of Ghana, senior media practitioners and the overwhelming solidarity from vanguards of media independence and free expression including the Minority in Parliament that have led to this Government action.

This feeble Government action, however, raises certain fundamental issues; it is basic knowledge that every democracy in this world jealously protects the principle of an independent media. Article 19 of the United Nations’ 1948 Universal Declaration of Human Rights which anchors this principle is very much known.

In Ghana, Article 162 of the Constitution provides: “Freedom and independence of the media are hereby guaranteed”, it is for this reason the Constitution of Ghana establishes the National Media Commission (NMC) under Article 166 to serve as a bulwark against media interference and control by Government.

Article 167 (a) further provides that one of the cardinal functions of the NMC is to “promote and ensure the freedom and independence of the media for mass communication or information.”

So when a country has such a fine legal framework as virtually all democracies do, how do we explain or live with the special powers the Minister for Communications is arrogating to herself in this instance. Her press statement announces in part: “FM Broadcasting Stations which had their Authorizations Revoked: The stations in this category have the option to petition the Honourable Minister for Communications for a review of the revocation of their Authorization within 10 days from Friday, 20th October 2017. After receipt of their petitions, they will be reviewed on a case by case basis, following which the Minister will determine the applicable sanctions.”

Clearly, this directive presents a mortal assault on a free and independent media in Ghana.

I have nothing personal against the Communications Minister and senior member of Government, however, her conduct would not be tolerated in any democracy.

This conduct by the Minister which amounts to a politician determining which radio station receives her discretionary kind mercies to broadcast or not to broadcast only sets a terrible precedent and further subjects our democracy to ridicule while lowering our standing in the comity of democratic nations.

Sincerely, I remain shocked that the National Media Commission which was created by the Constitution of Ghana to protect the media from governmental control of this kind is totally silent and has been silent throughout this entire episode.

Is this the same NMC which led a crusade when the NDC was in power beginning from the time I was Deputy Minister for Information insisting that the NCA’s technical supervisory powers to shut down the media should be transferred to the NMC?

Clearly, the NMC had a point then and had the foresight so what has changed?

What’s accounting for this state of comatose?

How can the fate of radio stations be left in the biased partisan hand of a politician?

What criteria would the Minister use in arriving at her final decision?

Is it the resource persons the radio stations rely on? Can the affected radio stations afford to be independent during the period their petitions are being assessed and can there be any guaranteed credible editorial independence from these stations after the Minister’s verdict?

What would have been the reaction, if it was an NDC Government attempting to do what the Communications Minister has announced? I bet; all hell would have broken loose.

Let us not forget that we are being watched by reputable global bodies such as Freedom House, The Committee to Protect Journalists and Reporters Without Borders who publish the worldwide Press Freedom Index and my genuine fear is that if these governmental interferences continue, Ghana runs the real risk of dropping points on the Press Freedom Index where countries like Eritrea, North Korea, Turkmenistan, Syria, Vietnam and Sudan remain at the bottom due to unacceptable practices including governmental interference.

Already, Governments conduct in this whole debacle has raised concerns in diplomatic circles and sadly, the Minister’s press statement would do anything but give assurance that Ghana’s hitherto admirable press freedom credentials is not under attack.

Time for Government to think again and time for the NMC to return from its self-imposed exile.