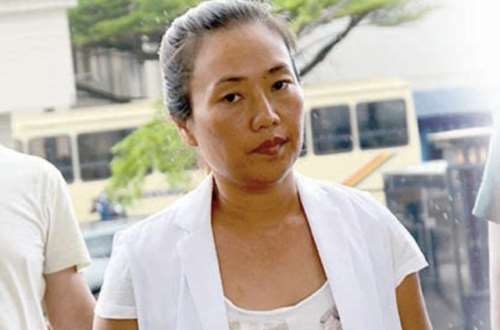 The story of Galamsey Queen Aisha Huang is a story of intrigue, gangster politics and Mafia activity within the security agencies.

But it is also a story of how one middle-aged woman has, pig-headed, decided to take a whole nation for a ride, convinced that she had anybody at all in her pocket.

From our immigration services through the national intelligence apparatus, she evidently has made history dribbling everybody, or rather the system, with cheeky ease into the galamsey pits. Commendable, though, that we have caught her, so that we may expose her accomplices.

Those who expressed shock at the spectre of Aisha Huang being deported in the first instance were right in that, while some diplomatic tweaks come into play in certain criminal matters, such interventions are allowed only when the home country or China, for that matter, had made an undertaking to punish the culprit outside Ghana or inside China.

Even that comes with a commitment on the part of China not to allow such crime to be committed by the same person on Ghanaian soil.

It appeared that, before the New Patriotic Party came into office and galamsey was rife, Aisha had already made too many string of very strong friends that the politician, who takes advice naturally from the public servants and average the technocrat, fell for the niceties of the public servant that drove the decision to let Aisha off the hook through deportation.

Unfortunately, why the intrigue was repeated is what currently blows the mind of ordinary citizens and our very alert civil society organs.

That Aisha was tough and had her tentacles everywhere such that she could have afforded to find another GhanaCard, come in under a false identity, weave her way into town and head back to the galamsey sites where she would be met by her gangs and begin operations.

And she could do that at a time the Ministry of Natural Resources claim that have won the galamsey fight and flushed all the goons out of town and the forests and river bodies.

Commendable, if that were really the case or that reclamation is ongoing as is the small-scale mining initiative.

Unfortunately, all we will be saddled again with is another recurring of a committee being set up to investigate the Aisha Huang case with our money, with little hope that all accomplices in this ridiculous story would be cuffed and caged long enough to learn their lessons.

This is utter shame – for the chiefs whose lands Aisha Huang operates on; for the local government chief executive of that area; for the district and regional police as well as their colleague intelligence boys and girls.

As for the task forces, they were already mired in shi-t before this ‘second coming’ of Aisha.

But it is also a huge shame for those at the top who had Aisha’s files and decided to treat her with kid’s gloves when she first broke the laws because of what she is or who she is to some persons personally and romantically.

And so we ask again: Was Aisha sleeping with someone or was she simply paying generously?

Someone must come clean on this matter.