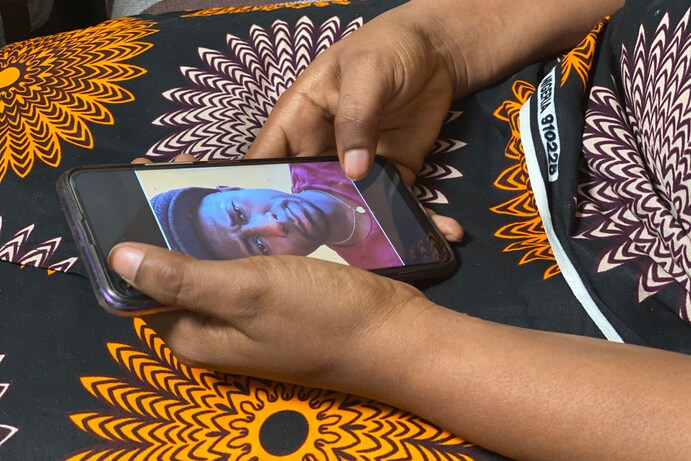 Last week, an independent panel commissioned by the World Health Organization released a report detailing 83 allegations of sexual exploitation and abuse linked to the WHO’s response to the 2018 to 2020 Ebola outbreak in the Democratic Republic of the Congo. The alleged perpetrators include drivers, security guards, doctors, consultants and senior staff.

United Nations agencies’ employees have been charged with sexual misconduct repeatedly. With this report, U.N. critics and leaders will again focus on how to respond effectively. But the report will also likely deepen the legitimacy crisis facing the U.N.’s agencies and programs.

What’s in this report?

The report documents a widespread sex-for-jobs scheme, whereby WHO staff coerced women into sex in exchange for promises of getting or keeping jobs. It also documents nine cases of alleged rape, several pregnancies and coerced abortions, and perpetrators giving abortion pills to women they had sexually exploited. It paints a picture of an organization structurally unable and arguably unwilling to effectively prevent or punish sexual exploitation and abuse by its personnel, with some staff negligent in handling allegations. The report noted that no reports of sexual misconduct had been officially filed during the period investigated, despite allegations being made, due to the misapplication and deliberate misinterpretation of policies. The WHO investigation was only launched after news media revealed the widespread abuse during the Ebola response.

This report represents one of the largest official findings of sexual exploitation and abuse in U.N. history. It reveals how cultures of sexual exploitation and abuse can become deeply embedded when mission personnel have substantially greater resources and power than individuals in the communities in which they work, especially when senior personnel are complicit, uninterested or focused instead on “mission critical” work.

Over the past 20 years, numerous U.N. peacekeeping and humanitarian operations have been exposed as having sexually abused and exploited local women and children, including in Bosnia, West African refugee camps, Haiti, the Central African Republic and Uganda.

The current WHO case highlights key trends that I’ve identified in my research on sexual exploitation and abuse in peace and humanitarian operations. First, official data doesn’t accurately show how widespread sexual misconduct is. Second, sexual exploitation tends to be more widespread than outright sexual abuse, particularly among humanitarian personnel. It’s often trickier to address, because investigating the interplay of coercion and consent and holding personnel accountable for abusing power can be challenging.

Third, the behaviors that fall under the umbrella of “sexual exploitation and abuse” are varied and not always criminal. This complicates the coherence and integrity of the U.N.’s policies and response.

WHO leaders have already expressed their horror and determination to rebuild the trust of their beneficiaries, member nations, partners and staff. But this case will likely affect more U.N. agencies than just the WHO.

The U.N. and its organizations rely on the commitment of their staffs, member countries and the general public to sustain their work. But my research shows that unchecked patterns of sexual exploitation and abuse, such as those documented in the WHO report, erode all those commitments. Results include staff attrition, decreased funding (and not just affecting the organization implicated), and mistrust among member nations. Such scandals bolster those who seek to limit their country’s contribution to international organizations.

The U.N.’s work relies on its moral authority

The U.N.’s legitimacy is at stake. The organization can only do its work because countries and people around the world believe in its moral authority. Sexual exploitation and abuse undermine that authority. Research has shown that global perceptions of legitimacy rest on assessments of whether an organization’s actions are considered right, proper and fair — and whether those actions align with the organization’s rhetoric and norms, which justify its work in the first place. Research has also revealed that U.N. agencies and leaders must show that they use what they’ve learned from past operations to improve the effectiveness of their work.

Each new sexual misconduct scandal suggests they are not. Organizations cannot claim to work in service of justice, human rights and dignity and peace while simultaneously and repeatedly failing to hold accountable perpetrators of sexual exploitation and abuse.

José Ramos-Horta, former president of Timor-Leste and co-chair of one of the U.N.’s peacekeeping reviews, once told me: “The U.N. is not a superpower. It has only its moral authority, and if you undermine that, you’re finished.” Each new scandal hurts, given the declining global faith in the U.N. and its family of international organizations, including the WHO. If U.N. leaders want to strengthen the organization, they might wish to begin by confronting challenges to its perceived legitimacy — and therefore, its effectiveness.

Of course, these allegations rightly focus attention on the women and children who were exploited and abused — and on how the very circumstances of violence, illness and poverty that peacekeeping and humanitarian missions are supposed to alleviate make communities vulnerable to abuse and enable perpetrators to avoid accountability.

But they should also alarm the broad community of policymakers and practitioners involved with international institutions that respond to conflict and humanitarian crises globally. Their work depends on public belief that such work and the organizations that carry it out are legitimate.