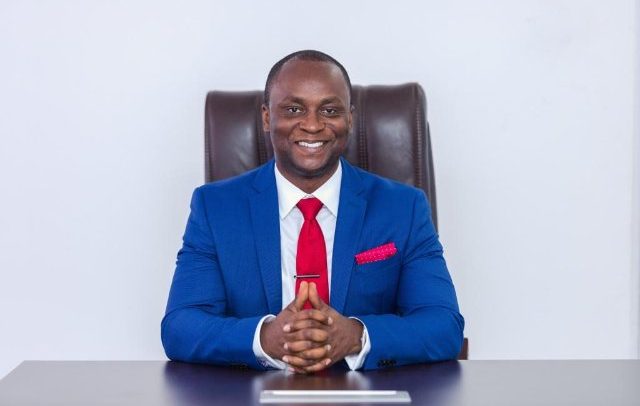 Barring any last minutes changes, the government will be appointing the current Deputy National Security Coordinator Kweku Asomani as the substantive.

He will be replacing his current boss and a retired Ghana Armed Forces (GAF) senior capo, Major General Francis Adu-Amanfo, whose appointment from all indications will not be extended.

Mr. Asomani whose appointment has been speculated for some time now was appointed earlier this year together with his boss after the former Coordinator Joshua Kyeremeh, succumbed to the COVID-19 virus this year.

He had in the past months been going round telling friends and colleagues that he was going to be made the substance from October this year.

Until his appointment, Mr. Asomani was with the Danquah Institute (DI), a pro-government think tank with links to lawyer and journalist Gabby Asare Otchere-Darko.

DAYBREAK is learning that the young appointee was discovered by First Lady Rebecca Akufo-Addo during one of their visits to the United Kingdom (UK).

He was part of the Ghanaian community that met the President and his wife at the time.

It, therefore, came as a surprise to many after he found his way into the National Security as second in command at that short period.

Although he has held the Deputy Coordinator position for some time, many are uncomfortable with news that he is going to be made the substantive or going to be in charge of operations.

One Nana Atobrah Quaicoe is said to be going about bragging and telling people that he is going to be made NIB boss.

Interestingly, DAYBREAK is learning that there is one officer at the Bureau called Timothy Coleman who has served for 31 years.

He was allegedly secretary to Francis Poku who was the former National Security Minister under former President Kufuor.

Mr. Coleman who was in charge of Administration now heads a table for Intelligence at the National Security Secretariat.

The move to send Mr. Coleman who has eight months to go on compulsory retirement, to the National Security, this paper gathered, is to pave way for the appointment of Nana Atobrah Quaicoe.

But it is not sitting well with some people within especially at a time people who have reached retirement age are brought back on contract.

Even before his appointment is announced, he has his preferred man as his deputy. He has pinpointed the said person to deputize him at the NIB.

The two, Asomani and Atobrah are said to be drawing their power from some three personalities who have blood relations with the President.

Many in the security circle are outraged and boiling because they argue the two especially Asomani has no requisite knowledge and experience to occupy such a critical and sensitive top government position.

Their impending appointments are viewed as ‘job for the boys’ while very capable and competent hands abound.

They contend security will be in jeopardy should the decision to appoint Mr. Asomani hold finally

It is expected that the two gentlemen will be appointed no matter the stiff opposition that may come especially so because of the people behind them, pushing the agenda to get them the top jobs.