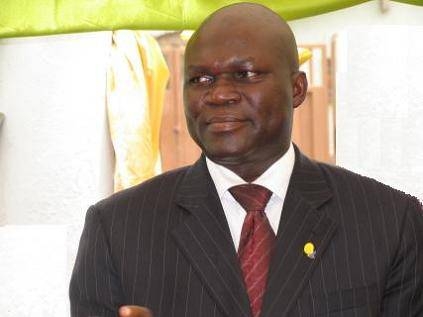 As spokesman to President Goodluck Jonathan, my phones rang endlessly and became more than personal navigators within the social space. They defined my entire life; dusk to dawn, all year-round. The phones buzzed non-stop, my email was permanently active; my twitter account received tons of messages per second.  The worst moments were those days when there was a Boko Haram attack virtually every Sunday.

The intrusion into my private life was total as my wife complained about her sleep being disrupted by phones that never seemed to stop ringing. Besides, whenever I was not checking or responding to the phones, I was busy online trying to find out if the APC had said something contrarian or some other fellow was up to any mischief.

A media manager in the 21st century is a slave of the Breaking News, a slave particularly of the 24-hour news cycle, and a potential nervous breakdown case. Debo Adesina, my colleague at The Guardian once said I was running a “one week, one trouble schedule”. There were actually moments when trouble knocked on the door every hour, and duty required my team and I to respond to as many issues that came up.

Top of the task list was the management of phone calls related to the principal. In my first week on the job, for example, one of my phones ran out of battery and I had taken the liberty to charge it. While it was still in the off mode, the “Control Room”: the all-powerful communications centre at the State House tried to reach me. They had only just that phone number, so I couldn’t be reached. When eventually they did, the fellow at the other end was livid.

“SA Media, where are you? We have been trying to reach you. Mr President wants to speak with you”

“Sorry, I was charging my phone.  The phone was off.”

“Sir, you can’t switch off your phone now.  Mr President must be able to reach you at any time. You must always be available.”  I was like: “really? Which kin job be dis?”

The Control Room eventually collected all my phone numbers. If I did not pick up a call on time, they called my wife. Sometimes the calls came directly from the Residence, as we referred to the President’s official quarters.

If I still could not be reached, every phone that was ever connected to me would ring non-stop. Busy bodies who had just picked up the information that Abati was needed also often took it upon themselves to track me down. My wife soon got used to her being asked to produce me, or a car showing up to take me straight to the Residence. I eventually got used to it too, and learnt to remain on duty round-the-clock.

In due course, President Jonathan himself would call directly. My wife used to joke that each time there was a call from him, even if I was sleeping, I would spring to my feet and without listening to what he had to say, I would start with a barrage of “Yes sirs”! Other calls that could not be joked with were calls from my own office. Something could come up that would require coverage, or there could be a breaking story, or it could be something as harmless as office gossip, except that in the corridors of power, nothing is ever harmless. Looking back now, I still can’t figure out how I survived that onslaught of the terror of the telephone.

Of equal significance were the calls from journalists who wanted clarifications on issues of the moment, or the President’s opinion. I don’t need to remind anyone who lived in Nigeria during the period, that we had a particularly interesting time.

The Jonathan government had to deal from the very first day with a desperate and hyper-negative opposition, which gained help from a crowd of naysayers who bought into their narrative. I was required to respond to issues. Bad news sells newspapers and attracts listeners/viewers. Everything had to be managed.

You knew something had happened as the phones rang, and the text messages, emails, twitter comments poured in. The media could not be ignored. Interfacing with every kind of journalist was my main task.  I learnt many lessons,  a subject for another day.  And the busy bodies didn’t make things easy.

If in 1980, the media manager had to deal with print and broadcast journalists, today, the big task is the dilemma of the over-democratization of media practice in the age of information. The question used to be asked in Nigerian media circles: who is a journalist? Attempts were subsequently made to produce a register of professionals but that is now clearly an illusion.

The media of the 21st Century is the strongest evidence we have for the triumph of democracy. Everybody is a journalist now, once you can purchase a phone or a laptop, or an ipad and you can take pictures, set up a blog, or go on instagram, linked-in, viber etc.

All kinds of persons have earned great reputation as editors and opinion influencers on social media where you don’t have to make sense to attract followers. The new stars and celebrities are not necessarily the most educated or knowledgeable, but those who, with 140 words or less, or with a picture or a borrowed quote, can produce fast-food type public intellectualism, or can excite with a little display of the exotic -Kadarshian, Nicki Minaj style.  But I was obligated to attend to all calls. The ones who didn’t receive an answer complained about Abati not picking their calls.

My defence was that most editors in Nigeria have correspondents in the State House. Every correspondent had access to me. There was no way I could be accused of not picking calls, and in any case, there were other channels: instagram, twitter direct message, email, and media assistants who could interface with me. But this was the main challenge: while in public office, people treat you as if you are at their mercy, they threaten to sabotage you and get you sacked, every phone call was a request with a price attached, you get clobbered; you are treated like you had committed a crime to serve your nation.

Relatives and privileged kinsmen struggled with you to do the job – media management is that one assignment in which everyone is an expert even if their only claim to relevance is that they once had an uncle who was a newspaper vendor!

The thinking that anyone who opts to serve is there to make money in that famous arena for primitive accumulation partly accounts for this. And that takes me to those phone calls from persons who solicited for financial help as if there was a tree at the Villa that produced money. Such people would never believe that government officials don’t necessarily have access to money.

They wanted to be assisted: to pay school fees, to settle medical bills, to build a house, purchase a car, complete an uncompleted building, or link them up with the President. Everybody wanted a part of the national cake and they thought a phone call was all they needed.  If you offered any explanation, they reminded you that you’d be better off on the lecture circuit. Businessmen also hovered around the system like bees around nectar.

But what to do? “Volenti non fit injuria,” the principle says.  There were also calls from the unkind lot. “I have called you repeatedly, you did not pick my calls. I hope you know that you will leave government one day!”.  Or those who told you point blank that they were calling because you were in the position as their representative and that you owed them a living.  Or that other crowd who said, “it is our brother that has given you that opportunity, you must give us our share!”

The Presidential election went as it did, and everything changed. Days after, State House became Ghost House. The Residence, which used to receive visitors as early as 6 am, (regular early morning devotion attendees) became quiet. The throng of visitors stopped. The number of phone calls began to drop. By May 29, my phones had stopped ringing as they used to.

They more or less became museum pieces; their silence reminding me of the four years of my life that proved so momentous. On one occasion, after a whole day of silence, I had to check if the phones were damaged! As it were, a cynical public relates to you not as a person, but as the office you occupy; the moment you leave office, the people move on; erasing every memory, they throw you into yesterday’s dustbin.  Opportunism is the driver of the public’s relationship with public officials.

Today, the phones remain loudly silent, with the exception of calls from those friends who are not gloating, who have been offering words of commendation and support. They include childhood friends, former colleagues, elderly associates, fans, and family members. And those who want interviews with President Jonathan, both local and international – they want his reaction on every development, so many of them from every part of the planet. But he is resting and he has asked me to say he is not ready yet to say anything. It is truly, a different moment, and indeed, “no condition is permanent.”

The ones who won’t give up with the stream of phone calls and text messages are those who keep pestering me with requests for financial assistance. I am made to understand that there is something called “special handshake” and that everyone who goes into government is supposed to exit with carton loads of cash. I am in no position to assist such people, because no explanation will make sense to them. Here I am, at the crossroads; I am glad to be here.