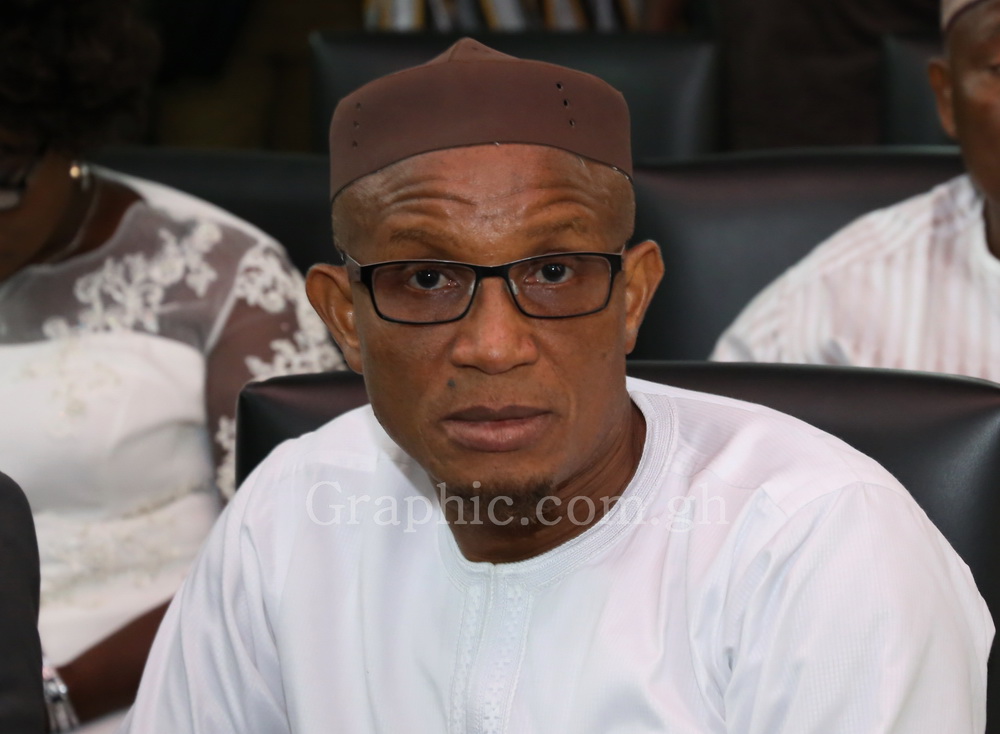 Discreet information reaching DAYBREAK indicates that Presidential Spokesperson and Minister of Information Mustapha Abdul–Hamid is an unhappy functionary, in spite of the attractive position he holds in the New Patriotic Party administration and the glory attached to winning elections in such “exciting times.”

Close aides say but for words of restraint from very good friends and elder statesmen in the party, he was considering resigning.

Hamid, who has been by the President during his over a decade long campaign periods, is relishing another appointment. Reason: whilst he is de jure Minister in the capacities cited, he has other appointees running his schedule in de facto terms, making altogether not the visible Minister he must be as a true Minister of Information in a media vibrant nation like Ghana.

Without any shadow of doubt, Hamid has not been on any serious trip with the President and Vice-President since the administration came into office. Most of the briefing he gives to the press are usually third hand information available even to those monitoring top flight media institutions in Europe – making such information probably stale before our media in Ghana is fed with such information coming from him.

He does not have the benefit of frequent media encounters and press briefings as was occurring during the last NPP administration when Kwabena Agyapong was Secretary.

Hamid’s woes are deepened by the fact that he is not a Cabinet Minister, where he may be much privy to access first hand information from top level sessions with the President and make a briefing on time to the media, including when the President is travelling and gains to be made from the trip ahead of his return.

That Hamid may have anticipated such headaches in government and would have loved to avoid it is evidenced in a statement he made on the eve of his nomination as Minister for Information and Presidential Spokesperson on Citi FM earlier in the year.

“To be very honest with you, it is not something that I would have loved to do. Why because I mean of course in life you want to over periods of time take up other challenges so ten years on the job, I thought would have been enough for me to take up another challenge… so my first choice would not have been to be Minister for Information and Presidential Spokesperson.”

He was however quick to add that, he knew why the President chose him for that position, saying “…I also understand him. The fact that I am the person he is sure about, that I understand his thinking on any issue at any time and so on…If I were in his shoes that is what I would have done. I will stick with what I know.”