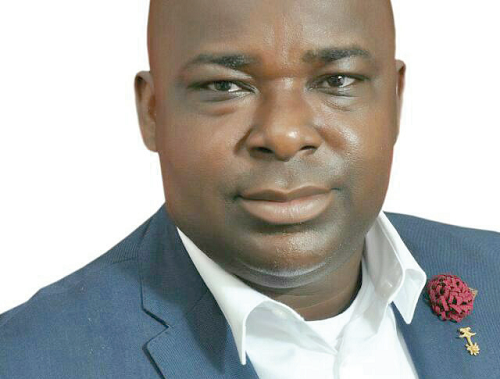 In what is a clear policy divergence from the One Village, One Dam agricultural programme to improve agriculture and enhance Ghana’s potential as a leading exporter of cocoa, agents of Free Zones Board as well as some private developers are conniving to put the livelihoods of farmers to risk.

In a frenzied reaction, hundreds of cocoa farmers in some communities in the Ejisu traditional area in the Ashanti Region have mounted a strong protest against the sale of their farmlands by the paramount chief of Ejisu, Nana Afrane Okese IV, to those private developers and the Ghana Free Zones.

According to them, the action of the chief has the potential to threaten their livelihood and Ghana’s efforts at increasing its cocoa production to one million by end of 2017.

At a protest march last week, the farmers claimed the developers have already sounded their presence on the farmlands by mounting pillars in readiness to ‘forcibly’ destroy hundreds of acres of cocoa trees on the lands and replace them with sand, stone and mortar for the private, selfish, capitalist ends.

The farmers cultivate about five thousand acres of cocoa every year in the area every year; but all the cocoa farms and other cash crops are under threat of destruction as the chief has sold the farmlands to private developers and also offered a part to Free Zones Board.

Some pillars have already been erected in some of the farms as indications that the lands have been taken over from the farmers. The farmers alleged the chief has sold off their farmlands without consultation.

The aggrieved farmers have thus registered their displeasure and called on the Asantehene and President Nana Akufo-Addo to intervene.

Kofi Appiah, a cocoa farmer, who also doubles as the spokesperson for the farmers said they won’t allow the chief to satisfy his ‘selfish’ gains at the expense of the poor farmers.

“These cocoa farms and other cash crops are what is keeping us alive. We will not sit down for the chief to clear these lands,” he warned.

Mr. Appiah further stated that chiefs must rather help cocoa production to go up instead of trying to destroy the effort of the government to increase production for their selfish interest.

A visibly angry cocoa farmer, Alex Nkrumah Dwumfuor, says he can’t stand losing his entire investment on his 45 acres of cocoa. “We are ready to match boot for boot to whoever tries to forcefully take over our farmlands.

We don’t want any violence to erupt that is why we are calling on all stakeholders to quickly intervene,” he said.

In reaction, the Linguist of the Ejisumanhene, Okyeame Kwadwo Ampofo, said the Chief, as the owner of the lands within the traditional area, reserves the right to release the lands for development purposes saying that the lands in question have long been leased to the Ghana Free Zones.