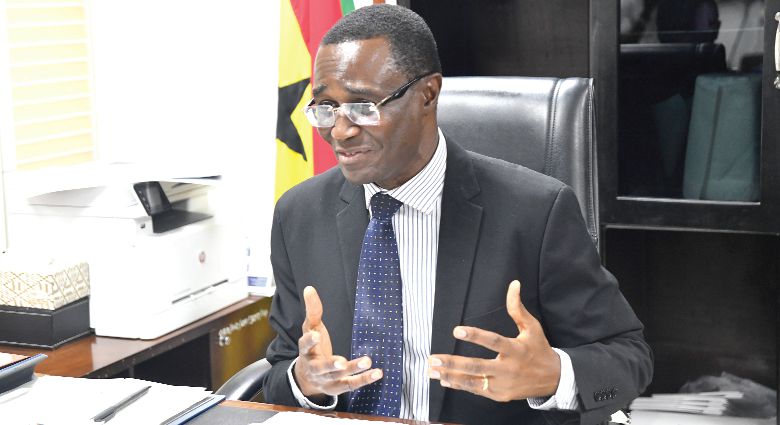 The saga of Customs Officers fleecing the state by way of revenue due it since Roman Empire times continue to assail the state in our part of the world.

While government in recent times have had cause to complain, culminating in efforts towards digitization, a section of these crooked elements still infiltrate the system, undervaluing, conniving and committing other such unpatriotic acts.

Unfortunately, in one instance in which DAYBREAK is privy, an officer, namely, Mr. Felix Mate-Kodjo  who has allegedly been caught in the act, according to a document dated 18th October 2013, signed by Stanley Boye-Quaye and copied to the President, Chief of Staff and the Commissioner-General.

Mate-Kodjo has been described in Customs circles as ‘’fraud-prone’’.

Mate-Kodjo interestingly is due for retirement on 23rd September 2020 and is therefore supposed to start his terminal leave on 15th June 2020 to 22nd September 2020.

Strangely, the GRA Board is dithering on carrying out the statutory responsibility that is in line with convention and practices within the security services.

While another colleague, one Yaw Boakye Agyemang, has handed over and started enjoying his terminal leave, Mate-Kodjo is still around, being pampered by the system.

DAYBREAK was told that those patently shielding him today are the Acting Commissioner General, Ammishaddai Owusu-Amoah and Board Chair, Professor Adei.

The document states: ‘’In the FCVR for that declaration, the item, ‘’Buoyancy block’’ was classified under HS Code 701690000, which attracted import duty rate of 20% and VAT of 12.5%. Mr. Felix Mate-Kodjo, then as Chief Collector in charge of Compliance, hacked the FCVR menu in the GCMS and fraudulently changed the HS Code, for that item (in FCVR No. WFG11006897) to read 8459100000 with all duty and tax rates of zero (0%), after both of us had determined that the said item was a candidate for HS Code 701690000. This callous hacking and manipulation of the HS Code within the database of the Customs Management System alone resulted in a revenue loss in excess of GH¢ 43,841.00.’’

The document stated amongst others that the officer who queried him recovered the amount involved seven months after the event when the matter was discovered.

Another case in point involved the clearance of frozen meat products from the Takoradi Port, without payment of correct and due duties and taxes, through the use of forged import documents.

In this case, too, his superior eventually stopped the consignment from leaving the port.

‘’Because of his deep-seated involvement in this deal, which nearly resulted in a big disgrace and embarrassment to Customs, Takoradi, Top Management of Takoradi decided to let him stand aside for a while, since he was thought to be fraud-prone and a formidable danger to the revenue. He was shifted to head the Export Seat.’, the document stated.