Home News Corruption is a norm in Ghana – CHRAJ 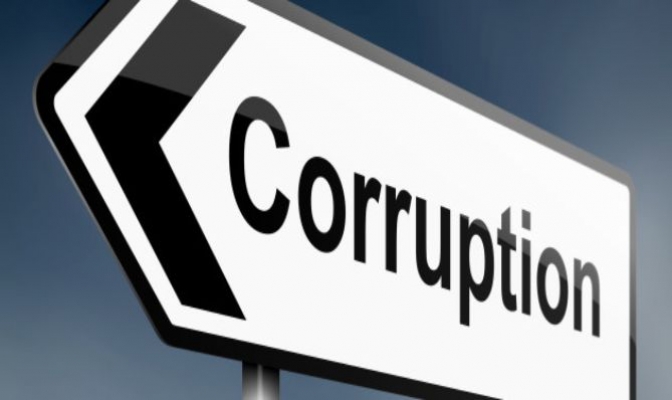 A deputy Commissioner of the Commission on Human Rights and Administrative Justice (CHRAJ) has bemoaned the alarming rate of corruption in Ghana.

Mr. Richard Quayson lamented corruption has eaten into the moral fibre of the Ghanaian society and it is no longer frowned upon.

“It’s so unfortunate, but the fact is, corruption has now become a norm in Ghana,” Quayson said at the launch of an anti-corruption campaign.

“People freely talk about their corrupt intentions and are rather cheered by their friends and described as ‘sharp’ or ‘smart’. The Commission is committed to changing this,” the CHRAJ boss promised.

The anti-corruption campaign is being spearheaded by CHRAJ and Penplusbytes. It aims to strip corruption of its socially accepted status and aspirational appeal by getting Ghana to see it in the same light as rape, murder and armed robbery.

The campaign which started in the week of ahead of the launch with an ‘anonymously leaked’ video of a certain ‘Teacher Bismark’ admonishing his primary school students to “chop Ghana’s money” when they are older, revealed at the end of the video that it was staged and prompted viewers to consider what their lifestyles are teaching children. The video went viral, with many Ghanaians sharing their anger at the thought of such a thing happening. This was all planned.

At the launch, Jerry Sam, Programme Director at Penplusbytes urged Ghanaians to channel all rage and anger into fighting corruption by taking the anti-corruption pledge and sharing the message with their family and friends. Anyone can take the pledge at www.ghanasaysno.org.

“We built this idea on a strong insight that; at the heart of corruption is selfishness and a desire to live comfortably and present an image of success at all cost. So we crafted a campaign that attacked that image attained corruptly. If all of Ghana saw and treated corruption like rape, murder and the worst social vices, then people in the position of trust will think more carefully and be less willing to resort to corrupt means to fuel a corrupt lifestyle. We have very compelling TV, radio and social media ads to help drive home the message which will be released in the course of the week.”

Another feature of the campaign is how it gives everyone the chance to anonymously report any act of corruption through the ‘whistleblower function’ of the campaign website. CHRAJ is committed to investigating and prosecuting any culprit found to be guilty as a result of a tip-off. The campaign is targeting 50,000 pledges and anyone can take the pledge at www.ghanasaysno.org and/or join the conversation on Social Media using #GhanaSaysNo.