Home Opinion Knocking Them Cold Corruption and business growth and development: The setting – Thoughts from GNCCI 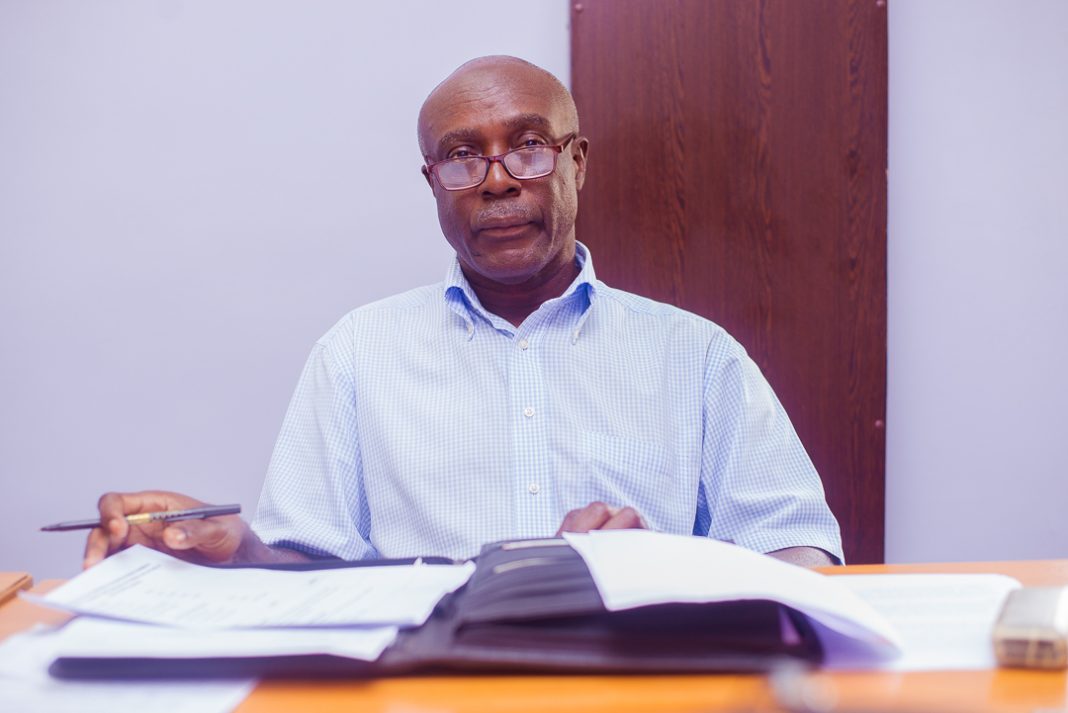 The issue of corruption often raises contentious debates, based primarily on the view by some that it is perceived rather than real. Yet the evidence that is frequently produced by Transparency International with a focus tilted toward the public sector, and the Association of Certified Fraud Examiners which emphasizes the private sector, indicate that corruption is real and has undesirable consequences both in the public and private sectors.

In its 2015 corruption perception index study of 168 countries, Transparency International reported that not even one country was corruption-free. With respect to the private sector, the Association of Certified Fraud Examiners in its 2014 and 2016 annual global corruption reports noted that businesses lose 5% of their annual revenues due to occupational fraud which may occur through asset misappropriation, corruption and financial statement fraud.

However, a careful assessment of the debates around the globe suggest that there is the possibility of selective observation with respect to agreements or disagreements with its existence in countries and across continents.

As a way of contributing to the debate in order to help address the problem, we offer a three-part series with the first part focusing on the setting with some emphasis on Ghana, and conceptual explanations of corruption, while the second part examines the causes and manifestations, with the third part discussing the costs and effects, and how it can be tackled in order to improve the environment for business. The contents are based on a synthesis of views from several writers in academic and public domains, but the names have been omitted in order for ease of readability.

Since independence in the late 1950s and early 1960s, many African countries, including Ghana, have been battling underdevelopment as manifested in illiteracy, poor health, low incomes, food insecurity, unsanitary and unhygienic living environments, and poverty and their undesirable effects, in a conflicting scenario of natural resource plenty and development funds’ scarcity.

From the basic needs approach, to import substitution, to economic recovery and structural adjustment  and their related strategies, several development paradigms have been proffered as frameworks for tackling the problems at different times, but throughout all these trials the often cited constraint is inadequate funds. International development assistance has thus been an integral part of the efforts that are aimed at lifting African countries out of their underdevelopment quagmire.

However, all the efforts and the fund resource flows seem only to dent the problem rather than make major inroads.

In the particular case of Ghana, the strategies have evolved from growth and poverty reduction to the current emphasis on private sector led development. The emphasis on the private sector is evident in the government’s “one district, one factory” policy which, as reported by citifmonline on June 24, 2017, has attracted US$2 billion from the Chinese government. The core feature of the policy is the establishment of one viable factory in each district in Ghana with dominant participation by the private sector, and with the purpose of transforming the country through industrialization, and creating employment opportunities for the citizenry.

While the catch phrase “one district, one factory” is nouvelle, and the emphasis on private sector dominance pertains, the essential ingredients and intents of the policy are similar to what some of the previous governments tried to do under import substitution strategies which led to the establishment of state-owned enterprises in the late 1950s and early 1960s, and the relatively recent presidential special initiatives.

The fact that the previous attempts failed is not in doubt, and aside the numerous economic phenomena, including inefficiencies and mismanagement, that were cited as the explanatory variables for the failures of the earlier attempts, another crucial variable that is often cited for policy failures is corruption.

While corruption has always served as an impediment to Ghana’s development efforts, the level has now become almost intractable. A World Bank (2013) enterprise survey showed that the graft index for Ghana approximated 30, far above sub-Saharan Africa’s level of 20 and 15 for lower middle-income countries.

This essentially means that graft in Ghana is twice that of comparable developing countries. In an opinion piece published in Myjoyonline.com it was asserted that we can concretely say that corruption in Ghana is not just a mere perception but inherently pervasive in the country as evidenced by Anas’ exposé in the Judiciary. It was opined that since the judiciary is a very important state organ that is expected to adjudicate, preserve and safeguard the laws that protect the citizens, acts of corruption by its functionaries, even if perceived, can compromise law enforcement.

When the judiciary is distrusted, then the penchant for mob violence and vigilante justice prevail, rendering a country lawless with the accompanying uncertainties that have dire consequences for business. In addition, reports frequently surface with respect to corruption in the legislature or parliament. When two important arms of government experience dented integrities, the consequences can be disastrous for overall governance and thus business activities.

In this respect, the focus is “entrusted power” and its misuse, regardless of which sector it resides in. In reality however, attention is often devoted to the public sector because that is where the deleterious effects are felt most, particularly in developing countries, even though it also has ominous effects in the private sector due to the dislocation of resources that accompanies it.

UNDP classifies corruption into two types: spontaneous and institutionalized or systemic. It explains that spontaneous corruption is usually found in societies observing strong ethics and morals in public service, while institutionalized corruption, on the other hand, is found in societies, including Ghana, where corrupt behaviors are perennially extensive or pervasive. In these societies, corruption has become a way of life, a goal, and an outlook towards “public” office. In Ghana, this often explains the reasons why people prefer to work in places like Customs, Police, Driver and Vehicle Licensing Authority, Revenue Services, Immigration, and Land Registration departments.

The typology has been further expatiated on as comprising grand corruption, bureaucratic corruption, and legislative corruption. From that point of view, grand corruption refers to exploitation of power by political elites to fashion national policies that tend to serve their interests at the expense of the general populace.

This type of corruption is difficult to identify and measure especially when at least some segments of the population will gain. However, it is easier to measure and study under dictatorships who make policy decisions that serve their interests exclusively, and where there is usually no distinction between the dictators’ own wealth and that of their countries. Bureaucratic corruption is the corrupt acts of the appointed bureaucrats in their dealings with either their superiors or with the public.

In its most common form, usually known as petty corruption, the public may be required to bribe bureaucrats either to receive a service to which they are entitled or to speed up a bureaucratic procedure.

Legislative corruption, including “vote-buying”, is the manner and the extent to which the voting behavior of legislators can be influenced through bribery by interest groups to enact legislation that can change the economic rents associated with assets.

The typology can be further disaggregated into high-level corruption and low-level corruption. High level corruption or organized corruption results in kickbacks in the award of expensive contracts, the creation of a register of ghost employees, duplication of state agencies, establishment of agencies with overlapping functions, and excessive centralization of appointing authority, and they can  involve syndicates comprising members from various governmental offices such as the central bank, controller and accountant general departments, judiciary or attorney-general’s office, finance ministry, trade ministries, revenue agencies, registration agencies and other allied offices.

There can be an intricate network of alliances and collusions such that the corrupt practices take longer to detect and once detected they become difficult to prove because of the nature of the web.

On the other hand, low-level or chaotic corruption includes bribes paid at licensing offices, immigration/passport offices, and registration offices, where several targets have to be satisfied before the service is delivered. Its effects are immediately felt in delays and unsatisfactory service, and the victims are often the less privileged in society, and because of its nature there is very little incentive to curtail it. The two types co-exist in reality, and they are prevalent in countries where the moral and ethical standards for conducting business are low.

Transparency International has also characterized corruption with similar typologies. They classified corruption as grand, petty and political, depending on the pecuniary value and sector of the economy in which the activity occurs. They explain that grand corruption occurs at the high level of state or government with the connivance of leaders or politicians, while petty corruption connotes the abuse of office or entrusted power by low- and mid-level public officials in their interactions with the ordinary citizens. In this respect we can consider the activities of office holders at licensing and permit issuing organizations as falling into the category.

The World Bank enterprise survey in 2013, for instance, found that Ghana fared worse with respect to bribes for issuing licenses and permits when compared to sub-Sahara Africa and low income countries. According to Transparency International, political corruption is the manipulation of policies, institutions and rules of procedure to perpetuate the hold on electoral power and executive control of state resources.