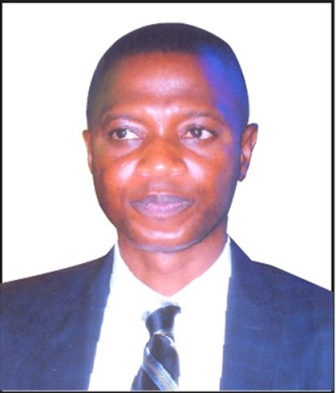 Freight forwarders, clearing agents and major stakeholders at Ghana’s ports are throwing clenched fists in the sky and wagging their index fingers over an announcement that a third single window operator would be brought to the ports to do same job already being done by two existing companies.

In a clear attempt to fix something that is not broken, the Trade Ministry, through the Public Procurement Authority announced that Nick Danso’s Ghana Link has been awarded a sole sourced contract to start single window operations at the ports.

The Freight forwarders have come out to express their displeasure about a third single window or a takeover of operations from the existing vendors by Ghana Link’s UNIPASS, explaining that it will cost the nation huge sums of money and also disrupts government’s ongoing paperless port agenda.

They have therefore urged the Trade Ministry and the government as a whole to reconsider its decision.

Johnny Mantey, Technical Committee Member of the Ghana Institute of Freight Forwarders, said “We just implemented the paperless ports systems and the results have been very good…GCNet and West Blue have been around for fifteen and three years respectively so we ask whether the new system is just going to displace all the technology that they have put in place. I do not even know the value that they are bringing aside saying they are going to offer a cheaper charge which is not true”.

Ghana Link, with its overseas partners CUPIA Korea Customs Service, if allowed by government will be providing trade facilitation and Customs Management System which is already being done by Customs World (West Blue) and The Ghana Community Network Services Limited (GCNet).

This clearly undermines the ongoing paperless port policy by the NPP government being spearheaded by the Vice President, Dr. Mahamudu Bawumia which seeks to integrate all systems at the ports for efficient trade, thereby plucking revenue leakages and increasing government’s revenue substantially.

Many stakeholders and international partners including the World Trade Organization (WTO) and the World Customs Organization (WCO) are observing with concerned silence and in mockery at the new attempt to disrupt the status quo at the ports.

The current development at the ports which is very worrying also has the possibility to create diplomatic embarrassment for the nation.

This is because President Akufo-Addo and his Vice, Dr. Bawumia recently had a meeting with Customs World Dubai team to discuss how the company can help improve upon the already existing systems to reduce the cost and time of transacting business at the ports.

An agreement was reached and the Customs World Dubai is pumping $10 million into Ghana’s port operations.

Meanwhile the paperless system has started achieving results, as operators at the ports hail President Akufo-Addo’s government for such a brilliant initiative to make Ghana’s port one of the best in Africa.

During a recent visit by the Parliamentary Select Committee on Trade, Industry and Tourism to the Ghana Ports and Harbours Authority (GPHA) to review the paperless process with stakeholders, the General Manager for Marketing and Corporate Affairs, GPHA, Esther Gyebi-Donkor, said revenue has increased since the Paperless System was introduced for both GPHA and Customs.

“Every year our traffic increases but I’m looking at the exponential increase between 2016 and 2017 and saying that probably this also has contributed to it,” she said.

She indicated that achievements attained include substantial reduction in delays with regards to clients requesting for terminal charges, adding that the electronic process has ensured that customers only pay for services provided.

In spite of the good results the on-going paperless port policy is achieving gradually, Ghana Link and the Trade Ministry (Carlos Ahenkorah, deputy Trade Minister) are bent on disrupting the process by taking over the operations of single window from the existing vendors or working alongside them as a third single window at all cost.

The desperate attempt by Carlos Ahenkorah to push UNIPASS deal through made him conjure some figures from the skies to create disaffection for the existing vendors operating the single window.

He told the media that the existing vendors are charging more than what the new system will charge, stating Ghana Links’ UNIPASS will charge 0.75% but Customs World and GCNet are collectively charging 1.4%.

However, analysis of the cost structure of the proposed new system has revealed that Ghana Link Service’s attempt to take over single window operations at the country’s ports will cost the country more.

UNIPASS will cost the nation 0.75 percent fee per every declaration that passes through their system, as contained in their 10-year sole- sourced contract with Ministry of Trade.

The figure is about 47 percent higher than what the existing vendor, Customs World Dubai (West Blue Consulting) receives for providing single window service at the ports.

Together, the two existing vendors already providing the single window paperless service at the country’s ports earn a fee of 0.68 percent.

This is significantly lower than what a single entity, Nick Danso’s Ghana Link is seeking to charge, if allowed to deploy the UNIPASS system.

This will only serve to increase cost of doing business at the ports and erode the gains made in integrating the systems of the two major providers and the Customs Division of the Ghana Revenue Authority (GRA).

Meanwhile the owner of Ghana link, Nick Danso is currently earning more for his scanning operations at the port.

So, implementing Nick Danso’s UNIPASS will earn him 1.05 percent of tax payers’ money at the ports.