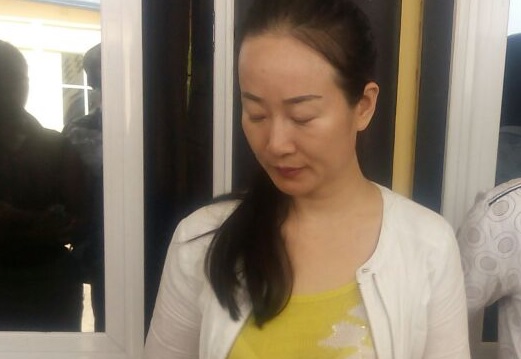 At the dawn of November 2016, the Kumasi police arrested a 32-year-old Chinese woman, Lucy Tang, for allegedly selling arms and ammunition without authority.

She was arraigned before a Kumasi Metropolitan Assembly (KMA) court.

The then Ashanti Regional Deputy Police Commander, ACP Ampofo Duku, who confirmed the arrest at the time, said a search of her vehicle revealed four pump action guns, one Sig Sauer rifle and 70 rounds of 380 auto ammunition.

She told police that the pump action guns were given to her by an unnamed Ghanaian while the foreign pistol belonged to her brother, identified as Sun Yun Chang.

Though Lucy Tang claimed the Sig Sauer rifle belonged to her, she failed to produce any document to prove ownership.

Police said in the course of the investigation, a suspect, Felix Debrah, showed up and claimed ownership of the four pump action guns, but he, too, could not produce convincing documents authorizing the possession.

The foregone was a story which went viral in the media in the countdown to the December general election. It evoked apprehension among Ghanaians who found it amazing that a foreigner – a female – could be gunrunning in the country a few weeks to a major election.

We have been constrained to recall the story to make a point about how the Chinese have threatened our national security for some time now and how it would seem our internal security and immigration systems have been compromised to an intolerable and dangerous level by politicians whose party was in power.

Subsequent developments regarding Lucy Tang would prompt even more intriguing questions, and how the need for an overhaul of our security systems, immigration and policing, should not be overlooked.

No sooner had the case commenced than the then Inspector General of Police (IGP) directed that the case be moved to another court. That was where the game plan was activated. What happened next was as befuddling as it was intriguing.

Lucy Tang was handed over to the Ghana Immigration Service (GIS). Ghanaians were no longer told about the outcome of the case because it was not transferred to another court as we were made to understand.

We were told later that Lucy was deported, an allegation which if it’s true, prompts a few yet critical questions. Who ordered her deportation? Could the deportation have been ordered and effected by the GIS? Isn’t it possible that Lucy Tang is still in Ghana disguised and still gunrunning? Which top person in the Police Service or other state institutions arranged the game plan and at what cost to the individuals concerned?

What informed the discontinuation of the court process? Where are the weapons seized from the Chinese gunrunner? Is it normal to drop a case of this magnitude and which state institutions besides the judiciary can order a deportation – that is if, indeed, Lucy Tang has been expelled from Ghana?

Lucy had in her possession a dozen Chinese passports, a suggestion that the arrival of nationals from that country is part of an elaborate plot with the connivance of persons in relevant institutions.

Answers to the above-posed questions would give an important insight into the state of decay of state institutions. Where is Lucy Tang?