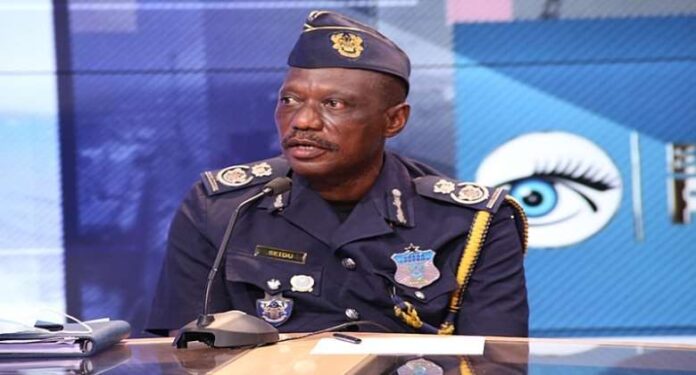 Hirelings of Seidu Iddrisu Iddisah, the Acting Commissioner of the Customs Division of the Ghana Revenue Authority (GRA) are pacing the corridors of power to secure a contract extension for Mr. Iddisah.

The new Commissioner who turns sixty (60) on February 26, 2023, if not given an urgent contract will go down in history as the only GRA Commissioner to have remained in the position for just five (5) months before retirement.

The DAYBREAK’s sources insist Mr. Iddrisu Iddisah is reportedly buying the support of heavyweights in the ruling New Patriotic Party (NPP) to keep him on the job.

According to the group, Mr. Iddisah has been working with the Customs Service for more than 32 years and has risen through the ranks to get to the Acting Commissioner status.

“He has served in Wa, Tema, and the Kotoka International Airport. He was the head of preventive and head of ethics and good governance at the headquarters. He has worked with the customs since 1990 after graduating from the University of Ghana,” the group stated.

The group in a statement signed by its convener Mr. Nana Osei Bonsu said the members of Patriotic Citizens of NPP have been following his work and we know his capabilities when given the position.

“He is professional, hardworking, and diligent in the execution of his duties.”

The group explained that he is an insider who is fit for the job.

The group is of the view that he can assist Akufo-Addo’s government to rake in more revenue for the state.

“We can confidently say Seidu Iddrissu is incorruptible, clean, and deserve to be the substantive Commissioner of Customs,” the group concluded.