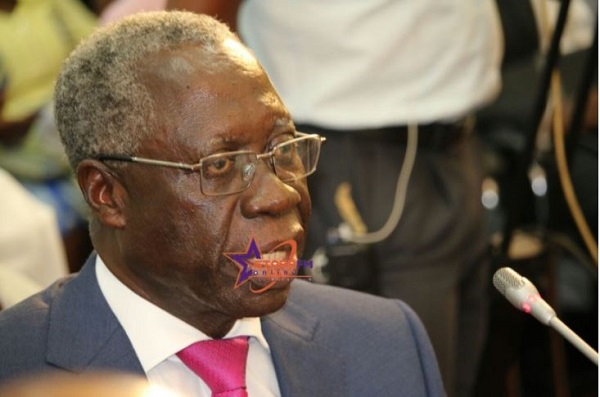 Senior Minister, Yaw Osafo Marfo has served notice that the days of all those who wronged the country through various acts of corruption are numbered.

Addressing a forum to launch this year’s national anti-corruption and transparency week in Accra, Osafo-Marfo disclosed that government’s investigations into various acts of corruption perpetrated against the state are far advanced and that names of some corrupt officials and institutions have been catalogued and will soon be made public.

According to him, Ghanaians are disappointed and are impatient with the government because they thought the government talked a lot about corruption in the past but till date nothing is happening to those who were alleged to have wronged the state.

“I have a message from the president…which is we are certainly going to make people who have wronged this country through corruption suffer for their deeds. But we don’t want to do this in a hurry,” he declared at the forum Monday.

He said actions against the alleged wrongdoers are being delayed because of the government’s desire to ensure thoroughness in its investigation to ensure successful prosecution.

The senior Minister’s comments come barely a month after the special prosecutor’s bill was passed into an act of parliament.

“We have the laws of this land and we must use the laws of the land not to…punish anybody because of him or her being an opponent but because they have wronged the system. They have been corrupt in the system. So investigations are still going on and very soon…the results will be out for every Ghanaian to hear and to see,” he stated.

The Office of the Special Prosecutor is aimed at helping the government handle corruption-related issues among state officials in a nonpartisan manner.

Per the Act, an independent prosecutor will head the office and prosecute corruption offenses by state officers.

The bill was first introduced through a certificate of urgency in July, bringing parliamentary speed to the President’s quip that he is a man in a hurry.

But it was resisted by the Constitutional, Legal Parliamentary Affairs Committee of Parliament on the basis that it did not fall within the category of Bills brought before the House under a certificate of urgency.

Former Attorney General, Martin Amidu has been one of the few vociferous people who has criticized parts of the Bill, suggesting that it defeats the essence of the creation of the office.