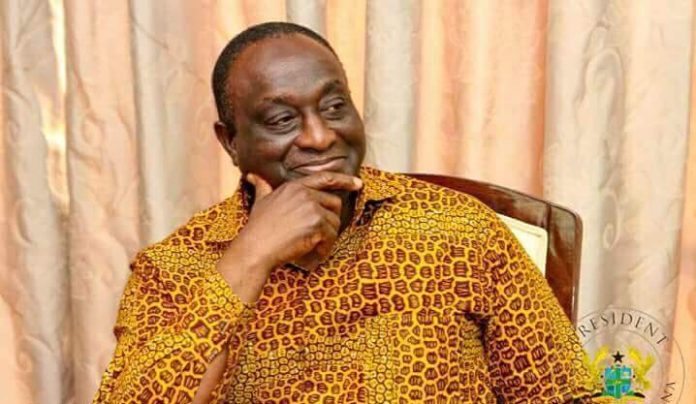 The controversial Ghana Link/UNIPASS-ICUMS operations at the ports has been described as a “useless manual system” that requires Ghanaians to pay more and also made the “state lost an estimated GH¢100 million at the Ports” within two days, and continues to make more losses according to the Member of Parliament for Bolgatanga Central, Isaac Adongo.

“Quite clearly, the ICUMS by UNIPASS is a scam and a means to re-introduce a manual system to loot national revenue from the Ports… What is incredulous but speaks to the diabolism associated with the government’s decision to sacrifice the best for the worst is that neither the government nor the Ghana Link/UNIPASS have been able to show Ghanaians the system that they are coming to use to execute the questionable contract that the government sole-sourced to them”, Mr. Adongo noted in a strong-worded statement he issued on Wednesday.

He said from May 28 to May 30, 2020, the state did not collect duties and taxes at the port. This was meant to be for installing and operationalizing seamless transition to an electronic supposed end-to-end ICUMS Systems and this caused the state an estimated GH¢100 million at the Ports.

Adongo questioned why the transition and actual ICUMS operations is still manual after Ghana lost about GH¢100 million and this manual has its lapses and all forms of avenue for further financial losses and theft.

He continued: “The question to President Akufo-Addo is; what specific addition is Ghana Link/UNIPASS bringing on to warrant the extra 0.21% of FOB? Why is government providing Ghana Link with inordinately higher fees for a service that is being provided at a lower cost? Ghanaians want to know why they will be paying more for this unproven system. This is why I cannot resist the termination to state that this project is beginning to lend itself to somebody’s pension project where everything must be done to ensure that it is successfully through to deliver the needed kickbacks for that person when the NPP exits power in January 2021.

“But that is nation wrecking. It is sacrificing a collective and national good for an individual’s selfish and heartless gains. That is why the continuous push of this project makes it obvious that the Akufo-Addo-Bawumia government is recklessly trying to erode the gains that successive governments have made in trade facilitation in Ghana. This GCNET/Wes Blue concept is one of the only projects that each government in the Forth Republic has built upon. The Akufo-Addo government will be the only one to depart from this. And strangely, they are doing so, so recklessly that the potential of saddling the country with substantial judgment debt couldn’t be higher. Those people must be reminded that dawn is on the horizon and they will answer”, Adongo added.

The Bolgatanga Central MP explained further that unlike the Ghana Link/UNIPASS-ICUMS platform that lacks credibility and has proven to be deficient and grossly incompetent, the existing vendors have an enviable track record that made Ghana an envy of the world when it comes to countries that topped ranks in the ease of doing business and efficient trade facilitation.

He said the “GCNET/West Blue system has been audited by both local and international agencies and has been acclaimed globally for its robustness and efficiency. The system has received some of the highest ISO certifications for this as well as several local and international awards. West Blue, for instance, has won some of the most recognized national and international awards, including the World Customs Organisation’s International Best Practice Award, the National Information Technology Development e-Governance Award 2015, the Anas Aremeyaw Anas Transparency Award at the 2017 Ghana Shippers Awards and the Best Technology and Innovative Award at the 2017 Ghana Maritime and Shippers Award.”

He said the confusion that ensued at the ports when the government decided to push out the tried and tested GCNet/West Blue Consulting system and bring in Ghana Link/UNIPASS who have no system, to start with, speaks volumes. There is no gainsaying that that confusion will only swell and blossom into huge losses in government revenues at the ports in the unlikely event that the government carries through with its dubious plan.

“I wish to call on all well-meaning Ghanaians to resist this heinous fraud being visited on Ghanaian importers and business community by Nana Addo and Osafo Marfo and call on the President to cancel the UNIPASS deal and allow the sanctity of contracts to prevail by restoring and allowing WestBlue/GCNET contracts to run their unexpired terms”, Isaac Adongo concluded.