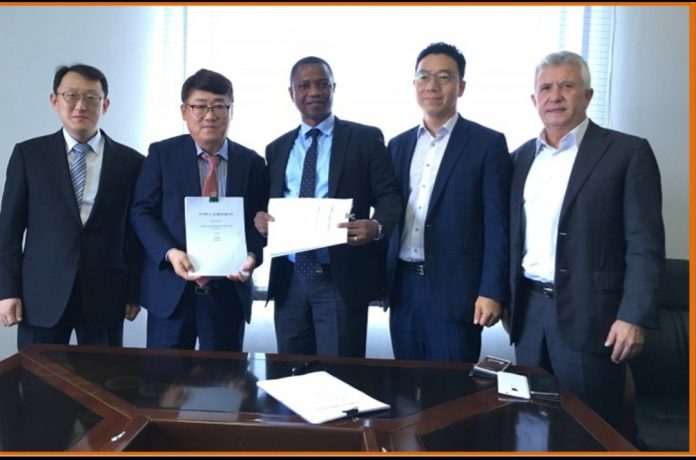 : UNIPASS Contract Says It Has To Take Over The Systems of GCNet Before It Can Start Work

Alan Kyeremanten’s Ministry of Trade has signed a problematic contract on behalf of the government of Ghana which states that as a condition precedent, the government of Ghana has to hand over the current systems being run by GCNet and West Blue in operating the Ghana National Single Window (GNSW) to Ghana Link and its UNI-PASS team.

This shocking clause makes nonsense of the entire argument that UNIPASS has to take over the GNSW because the company has a superior system above that of the current vendors.

Perhaps the strange preconditions was not checked because the Trade Ministry originally signed the sole-sourced 10-year contract on the blind side of both Cabinet and Parliament, creating a suspicion there was a calculated rush to cover up something.

DAYBREAK has sighted a copy of the Trade Facilitation Agreement between the Ministry of Trade and Nick Danso’s Ghana Link and it has the following written in black and white as a condition precedent:

“The Parties obligation under this Agreement shall come into effect only when all of the following conditions have been met.

“The Government has handed over the GCNET and any other third party operations including the country’s single window trade operations and other support services relating to the processing of custom documents at the Ports to the Contractor.

“The Contractor has commenced operating the system handed to it by the Government including the country’s Single Window trade operations and other support services relating to processing of custom documentation at the Ports.

“Commencement and completion of all the necessary transitional and interim processes that the Government and Government Regulatory Authorities need to undertake in order to be ready to take over by the Contractor.

“The Contractor shall provide for the acceptance of Government a bona fide proposal on the detailed agreements including defined substance, timing and assessment criteria of the Services, including technical requirement, development plan, implementation plan and roll-out plan with timelines of the completion of the customized UNIPASS.

“As soon as the Contractor implements the System, the Government shall take all necessary steps to pay for all services rendered.”

As it stands now, the relevant government stakeholders within government have not been given a fair opportunity to view a demonstration of the supposed superior system and why the Ghana government must at all cost take the risk of disrupting trade facilitation and revenue generation at the ports.

The number of civil society groups and relevant stakeholders raising red flags over the UNIPASS contract keeps increasing by the day.

Meanwhile, the same government continues to celebrate the fact that the paperless system at the ports, under GCNet and West Blue has resulted in increased revenues for the state and yielded some 15% more in 2019 over 2018 proceeds.

These claims of success are backed by Ghana Revenue Authority (GRA) records, even after reducing benchmark values of 35% for imported vehicles and 50% on general goods.