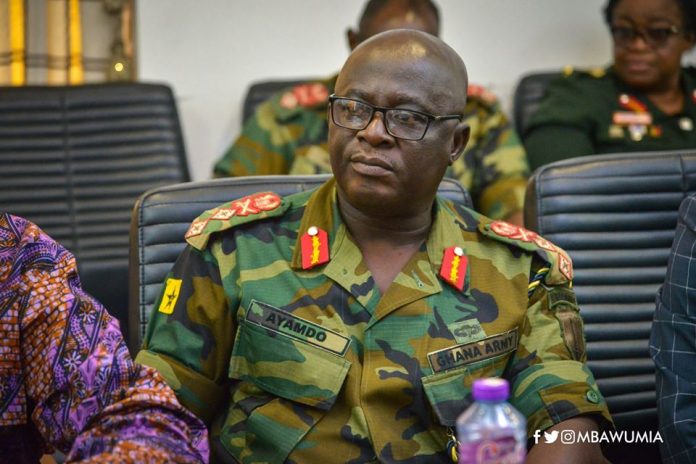 The Chief of Army Staff, Major General WA Ayamdo will formally hand over to his successor Major General T Opong-Peprah on 17th February 2020 after serving the nation for 39 years.

Major General WA Ayamdo was commissioned into the Regular Service of the Ghana Armed Forces on 31st July 1981.  He starts his terminal leave on 19th February 2020.

He replaced then Major General OB Akwa who was appointed by the president as Chief of Defence Staff.

“These are fine soldiers and the Ghanaian people should know that I’ve appointed some fine soldiers to protect them,” Nana Akufo-Addo said at the Flagstaff House.

He described Major General Ayamdo as an “outstanding soldier of his generation.”