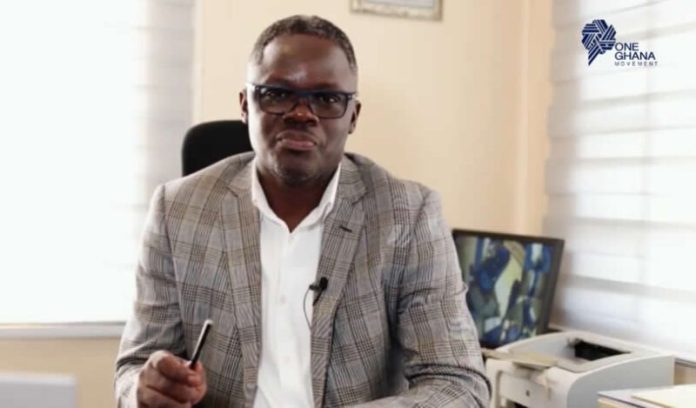 The complaint issued by Gyandoh, Asmah & Co says it finds the behaviour of Samson Lardy Ayenini unacceptable when he cautioned the newspaper over the publication of April 30, 2021, titled ‘2013 Skeleton at BOST Unwrapped’.

Complaint against Publication issued by Samson Lardy Ayenini by the Inquisitor

We act as lawyers for the Inquisitor Newspaper, and its Publishers, Inquisitive Ventures (“Client”).

Our Client instructs us to write to you under Section 2 (1) (b) of the NATIONAL MEDIA COMMISSION ACT, 1993 (ACT 449):  “The functions of the Commission are to take all appropriate measures to ensure the establishment and maintenance of the highest journalistic standards in the mass media, including the investigation, mediation and settlement of complaints made against or by the press or other mass media.”

Furthermore, under Section 13 of the NATIONAL MEDIA COMMISSION ACT, 1993 (ACT 449):  a Complaint may be Lodged with the Commission by “any person aggrieved by a publication or by the act or omission of any journalist, newspaper proprietor, a publisher or any person in respect of any publication in the media may lodge a complaint against the editor, publisher, proprietor or other person before the Commission”.

Our Client’s Complaint is against Mr. Samson Lardy Ayenini, who is a well-known journalist and host of Multimedia Group’s popular radio show, “Newsfile”. Indeed Mr. Ayenini’s publication of 3rd May 2021, carried on various media platforms, including Ghanaweb, which has a large international audience, and which publication forms the basis of the complaint is reproduced below:

“We hold the instructions of the above-named (Bagnaba Van Gogh) to caution you to refrain from misreading, misinterpretation or misuse of a purported investigative report to deliberately discredit and maliciously injure his reputation.

Our client takes notice that you have repeated a defamatory publication abandoned many years ago by cowardly souls hiding behind mercenary reporters.

Your malicious publication of April 30, 2021 titled ‘2013 Skeleton at BOST Unwrapped’ was done and circulated without recourse to him as required by the rules of fair-play and basic journalistic ethics.

An investigative committee inquired into allegations of wrongdoing generally by depot managers of BOST in 2013. Our client, depot manager in charge of Accra Plains at the time, was among several others who attended upon the committee. No official report was issued to him about any wrongdoing on his part and he was never the subject of any disciplinary sanctions as a result of the inquiry or anytime thereafter.

He has become aware, unofficially, of the purported report, you claim to reference and takes a serious view of the seeming sponsored complained conduct in reckless disregard for due process, ethical and responsible journalism.

Our client will formally procure a copy of the said report in processes in further vindication of his good name and reputation.

Our client, for the avoidance of doubt, wishes to place on record that he has for over two decades served the GNPC and BOST respectively cumulatively with integrity deploring his professional and peculiar technical knowledge and skills to give his utmost for the ultimate financial and strategic national benefit.

In fact, as APD Manager, the procedural protocol will show that he would not have the mandate to direct or control some of the things you attribute to him. The records will also show that he may have incurred the displeasure of persons including a member and Secretary to the inquiry whose company he arrested for stealing petroleum products.

We have firm instructions to, without further notice to you, assert our client’s rights at law if the complained conduct is continued”.

Our Client finds the behaviour of this senior journalist totally unacceptable as follows:

2. That, per the rules of natural justice, the said Bagnaba Van Gogh, was invited to the investigative committee and gave evidence before the committee, which implicated him and found him culpable per the report. Therefore our Client has no liability with respect to the publication.

3. That, our Client’s objective is to throw light on the financial losses occasioned by the acts and omissions by staff at BOST and not to defame Bagnaba Van Gogh, whose attempts to curtail freedom and independence of the press through his lawyers,  shall fail miserably.

We accordingly lodge this complaint on behalf of our Client and petition you to use your good offices to investigate whether by this publication, the said Samson Ayenini has fallen short of the requirement to use the highest journalistic standards in his work, for which reason appropriate sanctions should be applied.