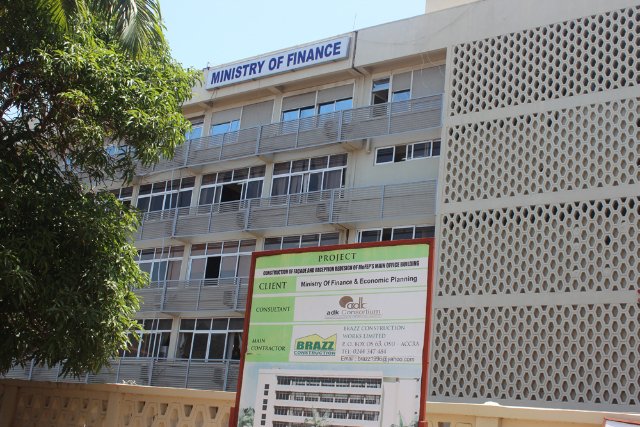 The government should brace itself for a showdown with the staff of the Ministry of Finance and Economic Planning over the promotions and changes that have occurred at the Ministry recently.

Minister for Finance and Economic Planning, Mr. Kenneth Ofori-Atta, has appointed Mr. Ernest Akore as the Director to oversee the restructured Tax Policy Unit, which now becomes a department.

Mr. Akore, until his current appointment, was a Technical Advisor to the Minister for Finance and member of the Ghana Revenue Authority (GRA) and Ghana Export-Import Bank (GEXIM) boards.

Though DAYBREAK is yet to confirm, our sources say Mr. Akore was forced to resign from Databank in 2014.

According to sources, Mr. Akore was made head of the Tax Policy Department so that he and Professor Adei can continue to be on the governing board of the GRA, even though there is strong opposition to their re-appointment by the union.

With his appointment as the Director of the Tax Policy Department, Ernest Akore comes on the Board as representative of the Ministry of Finance and Economic Planning. Again, our sources say Professor Adei is credited with GRA achieving its target, even though a memo written by Ammishaddai Owusu-Amoah in 2020 contradicts such position.

Meanwhile, the leadership of the GRA staff, having heard of the covert agenda, is also bracing itself up to resist any such idea.

According to members of staff, Prof. Stephen Adei, in his last position as a Board Chairman, has not motivated them enough, but rather, called them names; something they saw and still see as demoralizing working in the interest of the nation.

The aggrieved staff recalled Prof. Adei calling GRA officials at the Tema Port, corrupt officials, when on a duty tour, after being named the GRA Board Chairman in 2019.

That first unfortunate incident, staff leadership indicates, created huge tension between the GRA and Board Chairman, because the GRA staff felt that it was an insult for the old professor to make such an unacceptable generalization.

The GRA staff had earlier fired a petition to the Presidency, warning the establishment of the dangers of re-engaging Prof. Adei as its Board Chairman.

In addition to that, the Organized Labour Union of the GRA has also sent a memo to management, warning it of using legitimate means, including strike actions, to block Prof. Adei’s second coming to GRA.

The staff alleged, among other things, that the immediate-past board Chair also hijacked the day-to-day running of GRA, making the Commissioner-General virtually redundant.

The latest warning was precipitated by information within the corridors of power that some powerful forces in government are scheming to have Prof. Adei named to return to the GRA as Board chair.

‘’We will resist any attempt to foist the old man on us again and, if the system thinks that we are joking then it is a mistake,’’ an angry union leader said.

According to him, Prof. Adei also used some strange autocratic means to block the promotions of some qualified staff, a situation that created a huge mess for the GRA.

He said: ‘’we are well informed of lobbying going on to bring back the old man but those pursuing the agenda will regret it because we will also pursue the best for GRA.’’

Not long ago, the GRA workers in a zoom meeting told Minister of Finance that Prof. Adei had been running the show as if he was the Chief Executive of the GRA.

That zoom meeting was necessitated by ugly happenings within the GRA, notably the actions and inaction of the then Board Chairman.