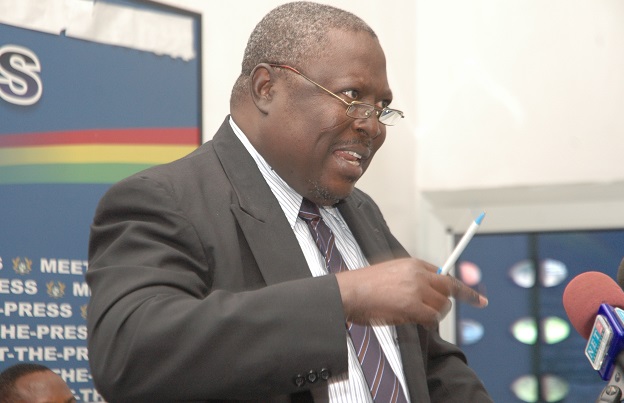 YAW DONKOR’S WHINING IS KARMA FOR ABUSE OF THE CONSTITUTION AS A PUBLIC OFFICER: BY MARTIN A. B.K. AMIDU

Reading about the whining of almighty Mr. Yaw Donkor, former Bureau of National Investigations Director and immediate past National Security Co-ordinator, being invited to the police station as a result of a petition accusing him of suspected offences reminded me of the past wisdom of poets and sages about reaping what we sow.

Yaw Donkor appears to be oblivious of one of William Shakespeare’s sayings that: “We but teach bloody instructions, which, being taught, return to plague the inventor….” It immediately struck me that either Yaw Donkor is not well-read and knowledgeable in the affairs of this world and, therefore, was unfit to occupy the positions Mr. Peter Nanfuri groomed him for, or he answers to the saying in my first Gregg Typing Manual in Tamale Commercial School where I learnt that: “A fool will be a fool whether he goes to school or not.”

This may explain why people claiming to be well schooled when oppressing other citizens forget that: “…this even-handed justice commends the ingredients of our poisoned chalice to our own lips.” How could somebody like Yaw Donkor who has violated the fundamental human rights and freedoms of several citizens under the 1992 Constitution, including my poor self as his former sector Minister and Attorney General, be whining upon just a simple invitation to clear himself of suspicion of crime?

Has Yaw Donkor who has held himself out as a Security and Intelligence operative soon forgotten that at the dawn of 6th December 2012 my residence was invaded by two operatives of the BNI who searched it brutally and invited me along to his office at the BNI Head office – taking along my laptop, pen drives and mobile phones upon the orders of then-President John Dramani Mahama, given to the National Security Co-ordinator and him as the Director of the Bureau of National Investigation?

Has he so soon forgotten that my late very sick mother who was then living with me attending hospital went through the ordeal with the rest of the family? I was detained in the reception of the BNI waiting for Yaw Donkor, the Director who I eventually never saw, for over four hours and later dropped by car in front of my house without anybody telling me why my residence was searched and why I was arrested.

I do not to date know what happened when my laptop, pen drives and phones were taken into the custody of Yaw Donkor’s BNI. I was simply told that Almighty Yaw Donkor, the Director was not likely to return soon and that the National Security Co-ordinator had instructed that I be returned to my residence. I was not shown any search warrant or arrest warrant but I followed their instructions lest they had instructions to shoot me and invoke the lie that I had resisted arrest.

Hon. John Ndebugri, then PNDC Secretary for Northern Region, appointed me the Chairman of the Cotton Development Board Committee of Enquiry with Mr. Edward Karbo (now Lawra-Na) and one Agyeman (who later became a professor in Cape Coast University) as members in February 1982.

Yaw Donkor was not even then an operative of the PNDC. When I was appointed PNDC Deputy Secretary for Upper Region in February 1983, Pious Awelinga, who succeeded Yaw Donkor at the BNI, his friend Joshua and others who I had taught in Bawku Secondary School had just completed secondary school and were regular guests to our Bolgatanga Government residency.

Yaw Donkor’s former boss, Mr. Peter Nanfuri (who groomed him in the Special Branch to the BNI) and I competed the Ghana School of Law and were called to the Bar the same day in the late 1970s. Before Yaw Donkor instructed my unlawful search and arrest, I had served the PNDC and the NDC for almost 21 years as a Minister of State by then, and been an ex-officio Member of Parliament in addition to having been the Vice Presidential Candidate who lost the election in the second round to the NPP in 2000 with Prof. Mills.

But a tradition and a Government that I had helped in founding, treated me, through the instrumentality of Yaw Donkor, as though I had no constitutional rights.

Most of the former Ministers and current Members of Parliament speaking loudly today for their exclusion from law enforcement were Members of Parliament and Ministers of State in that Government, but became deaf and dumb when the now disgraced John Mahama, Yaw Donkor and the then-National Security Co-ordinator unlawfully searched and arrested me as though the 1992 Constitution had ceased to exist then.

As the law of Karma will have it, today they are whining and protesting when the bloody instructions they taught has returned to plague them, the inventors, and this even handed justice commends the ingredients of their poisoned chalice to their own lips.

Yaw Donkor, do you remember how you unlawfully arrested the illiterate Amina Mohammed and persecuted her without just cause? Do you remember what a terror you were, who arrogated to yourself the audacity to write and insult my acting Director of Public Prosecution, Cynthia Lamptey?

Do you remember the gentleman who you locked out of office without swearing him out simply because he was helping your predecessor to lawfully set up Government Communications Headquarters and Cybersecurity departments that could service the Council directly? As Shakespeare again said: “But in these cases we still have judgment here”.

Yaw Donkor, it does not lie in your mouth to be whining when the police bent over backwards to only invite you to the police station. You never gave any of us whose fundamental rights and freedoms you violated without compunction the right to counsel, which you have been lucky to have been given by the police.

Karma has caught up with you more mercifully than you allowed us who you abused with impunity. You should have been ashamed even to protest in the media for the kid gloves with which the police have respectfully treated you. You never allowed me as the former Minister of the Interior with responsibility for Security and Intelligence any modicum of respect when you ordered my search and arrest on 6th December 2012.

You are lucky the bloody instruction you taught returned to plague you the inventor very mildly and respectfully from the police. Your predicament is Karma for abuse of the constitutional rights of fellow citizens as a public officer during your oppressive service in the Security and Intelligence Services of Ghana.

I have no tears for your irk. Stop whining for the respectful treatment from the police when you refused to grant to your fellow citizens similar respect when you had the opportunity to serve our motherland Ghana. Yaw! “But in these cases we still have judgment here;” – Karma!