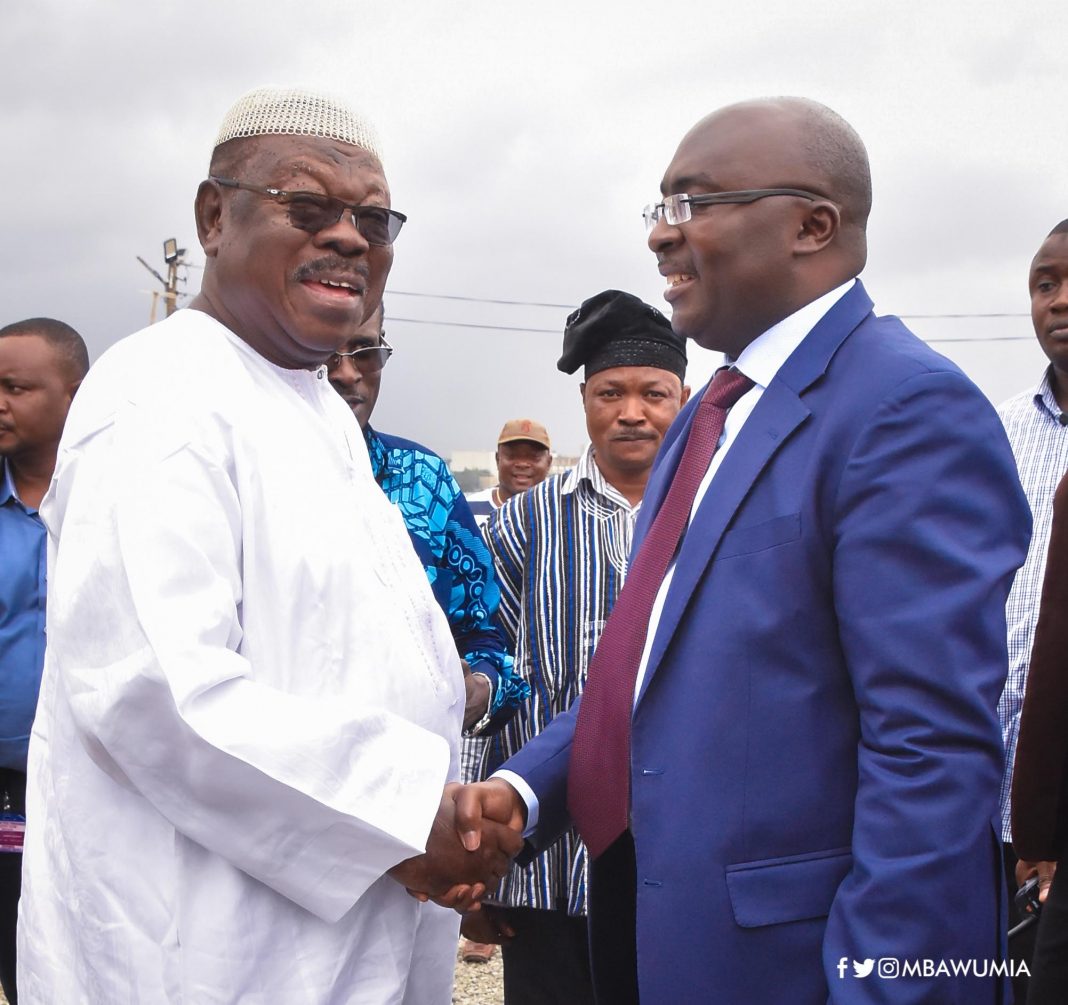 The Vice President, H.E. Dr Mahamudu Bawumia, paid a visit to the Hajj Village on Thursday August 3, 2017 to interact with the key stakeholders, inspect facilities and be briefed on arrangements made to ease the Hajj process this year.

He was met on arrival and taken round by Sheikh I. C. Quaye, Chairman of the Pilgrims Affairs Office of Ghana (Hajj Board), and other members of the Board.

Briefing the Vice President on progress so far, Sheikh I. C. Quaye indicated that the first set of pilgrims will leave Ghana via Tamale on August 10, with a further four flights emanating from the Tamale airport.

Eight (8) flights will depart from Accra, he added. A total of 6,200 Muslim faithful are expected to undertake the holy pilgrimage this year.

In brief remarks to stakeholders and prospective pilgrims, Dr Bawumia expressed delight at the ongoing facelift of the Hajj Village, with the construction of permanent structures such as a clinic to cater for prospective pilgrims, and commended members of the Board for their efforts so far.

“From what I see, this could be one of the best, if not the best organised Hajj in Ghana’s history” Dr Bawumia stated, adding “I want to thank you on behalf of President Nana Addo Dankwa Akufo-Addo and the government for all the work you are doing to make the Hajj a successive, and also remind you that the next few weeks will be the most critical, as all the planning you have done will have to be implemented.

“I am however confident that you will make Ghana proud by ensuring an incident-free 2017 Hajj pilgrimage.”