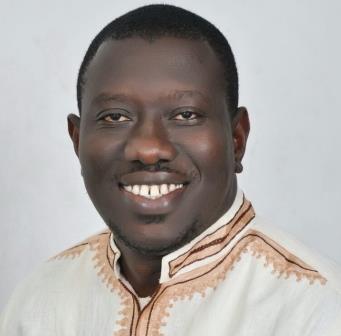 ….Was He Exonerated of ‘Mercenary Charges’?

Mr. Quaicoe during the Mahama regime it would be recalled was slapped with a charge of conspiring to commit crime.

It is unknown whether he has received a presidential pardon considering the fact that the enormity of the charge is such that the appointment could be challenge with the criminal charge as basis. Not even sources within government circles could confirm or deny that a pardon has been given him.

Mr Quaicoe was grilled by the bureau on Monday 4th April, 2016, for his alleged involvement in the deportation of  some three former South African policemen to their country on Tuesday March 29 2016.

They were said to be training 15 members of the NPP in various security drills, including unarmed combat, weapon handling, VIP protection techniques, and rapid response manoeuvres. The South Africans were charged with false declaration and unlawful training. They were put before court on Thursday March 24. They pleaded not guilty and were each granted a GH¢ 20,000 bail with sureties.

Mr Quaicoe and the C.E.O of McDan Shipping Company were on the list of wanted individuals who had a link with the foreigners. Mr Quaicoe voluntarily reported to the BNI after which he was interrogated.

It emerged during investigations that one of the foreigners visited the country in December 2015 at the invitation of the Danquah Institute.

Speaking to Accra based Class Fm, Mr Quaicoo said the “BNI is trying to draw a connection between that visit and their presence subsequently in March but then there is no connection between the two. I am really surprised…I am really surprised. If they were interested in pursuing the matter to its logical conclusion, I guess they should have made it possible for the guys to be around for them to complete their investigation,” he added.