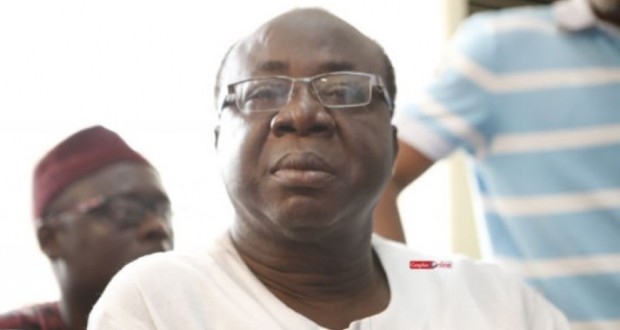 The Municipal Chief Executive for the Kassena-Nankana Municipality Assembly in the Upper East Region, Williams Aduum has revealed some party people of the governing New Patriot Party (NPP) are involved in the smuggling of chemical fertilizers meant for Planting for Food and Jobs policy.

President Nana Akufo-Addo in April this year launched the Planting for Food and Jobs policy and stated that: “the Planting for Food and Jobs programme is expected to increase the production of maize by 30 per cent; rice by 49 per cent; soybean by 25 per cent; and sorghum by 28 per cent from current production levels. This programme will create 750,000 jobs in both direct and indirect employment,” he added.

In order to ensure the sustainability and success of the programme, President Akufo-Addo again announced, government had reduced prices of fertilizers by 50%.

However, speaking at the regional annual delegates’ congress of the NPP in Bolgatanga, Mr. Aduum was worried that the trend at which some party bigwigs in the region and especially the borders towns were involved in the smuggling of fertilizers to neighbouring countries could thwart the success of the policy.

According to him, some party people were directly involved or aided the smugglers to engage in the illegal act explaining that, whenever smugglers were arrested by a taskforce charged to ensure fertilizers were not smuggled same party people came to him pleading for their release.

Mr. Aduum, stated that, the success or otherwise of the policy depended largely on party people and therefore charged them to desist from the act and rather support the taskforce to carry out its mandate freely and effectively.

Responding to the concerns of the MCE, the Acting General Secretary and National Organizer of the NPP, John Boadu, described the act of smuggling as unfortunate and seriously warned all party executives and members against same.

He advised them to be watchdog of all government policies and programmes to ensure they succeeded.

Mr. Freddie Blay, Acting National Chairman, told the congress he was grateful to the executive and the various para-groups within the party for their efforts and commitment that led to the victory of the party in the last general elections.

The congress brought together past and present government appointees predominantly from the region, MDCEs and Members of Parliament including Mr. Joseph Kofi Adda, MP for Navrongo Central.