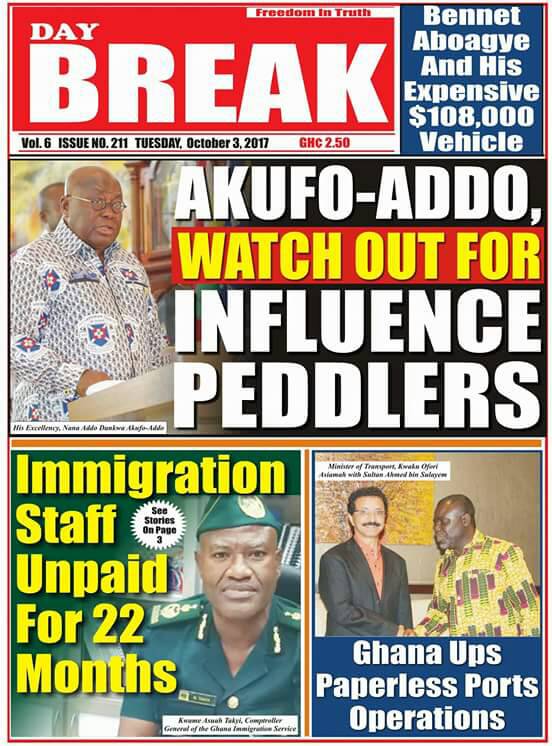 Akufo-Addo, Watch Out For Influence Peddlers