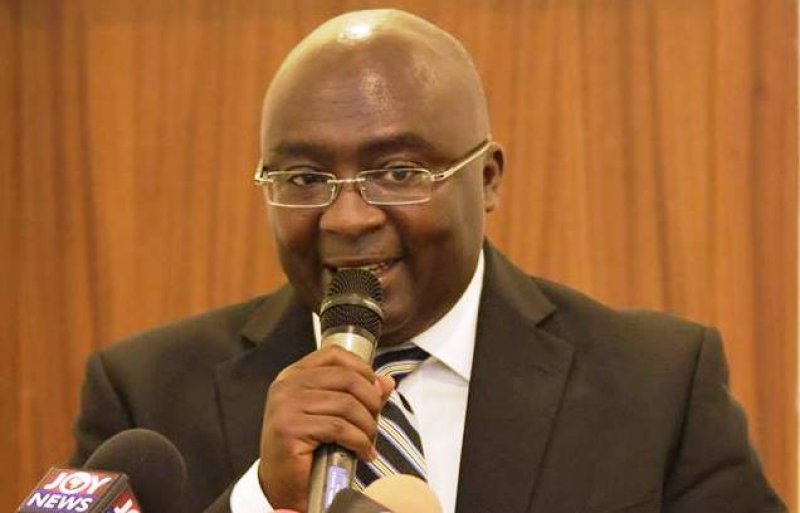 The efforts of Vice President Dr. Mahamadu Bawumia to seal leakages in government revenue at the ports is about to suffer a major setback based on recommendations from no other person, but the Chief Executive Officer of Carloking Freight, a registered freight and clearing company, recently in the news on allegations of causing revenue loss to Ghana.   It is strange that although it is public knowledge that Kingsley Carlos Ahenkorah, a deputy Minister for Trade and Industry, is the owner of Carloking and has personal and business interests at the ports, he was the person appointed as Chairman of a committee set up by the Vice President to make recommendations on how to solve challenges in government leakages. DAYBREAK can confirm that barely a week ago, Carlos Ahenkorah, the Carloking boss, indeed submitted the report of the Committee he chaired to the Vice President and made some rather curious recommendations that have sparked anxiety and wonder among stakeholders. Among the recommendations were that  Ghana Community Network Services Limited (GCNet), an embattled company that has recently made newspaper headlines for the wrong reasons including fraud and frequent system breakdown be given additional responsibilities to add to the its existing responsibilities that stakeholders have accused them of not executing properly. Carlos Ahenkorah, in his report, recommended that Pre-Arrival and Assessment Report System (PAARS) of the Ghana National Single Window, currently being handled by West Blue, should be given to GCNet. PAARS is an integrated system which cuts down the human elements, processes and duration of post and cargo clearance in a transparent manner. This affords all stakeholders an opportunity to know and monitor every stage of the clearance process. Following feedback from stakeholders using the application Carlos Ahenkorah also recommends that GCNet should be given additional responsibilities including that handling of Import Declaration Form (IDF) and the Customs Classification and Verification Report (CCVR). The recommendations are contradictory and near-illogical and technically, implementing them would reverse the achievements chalked by PAARS. This is happening at a time when well meaning anti-corruption crusaders, are raising questions about the activities of Carloking Freight and even the Member of Parliament for Assin Central, Kennedy Agyepong, recently announced on public television that he has some documents to prove that the operations of Carloking has caused the state some revenue loss said to be in millions of dollars, the Chief Executive of the same company is rather the one making recommendations to the Office of the Vice President on how to tackle revenue challenges at the ports. The Assin Central MP claimed he has documents to prove his allegation but has since not provided it and the claim has not proven beyond doubt. It is also not on record that the claim has been denied or challenged by the company. Apart from the ‘funny’ recommendations from Carlos Ahenkorah, he is on record to have not hidden his open bias for GCNet. While speaking at a programme organized by GCNet some ago, Carlos Ahenkorah said Ghana as a country is too small to operate two single window platforms therefore GCNet should speed up its efforts to start implementing Single Window. Meanwhile, all other recommendations and expert opinions had hitherto been for a closer collaboration and integration of GCNet and West Blue but not for the focal and contractual responsibilities of one to be taken and given to the other. The Parliamentary Select Committee on Trade, Industry and Tourism, the Board of the Ghana Revenue Authority (GRA), the Parliamentary Select Committee of Parliament on Finance, and the Ministry of Finance itself have all insisted that there should be closer collaboration and integration of both systems and this eleventh hour proposal from Carlos Ahenkorah comes as a surprise. Barely two weeks ago, the Ghana Ports and Habour Authority (GPHA) complained that the alarming rate at which the systems of GCNet breaks down and stalls productivity at the ports is worrying and deserves attention. “The problem that is currently facing us is the frequent breakdown in the network. So sometimes, it holds down our activities for two to four hours and that is the problem that we are facing currently with the GCNet system”, Emmanuel Ashaley Neequaye, Terminal Supervisor at GPHA told Citi News. Mr. Ashaley Neequaye continued: “The breakdown is technical and with this inter connectivity thing, when the weather gets bad, the network goes off. In fact, since its [GCNet] inception, the problem has been there. Sometimes when the weather gets clear, they work normal for about two months. DAYBREAK is gathering documents on why the government of Ghana, at point had to bring in Bankswitch to build a new valuation module at the ports even when GCNet was in operation and how that saga played out.