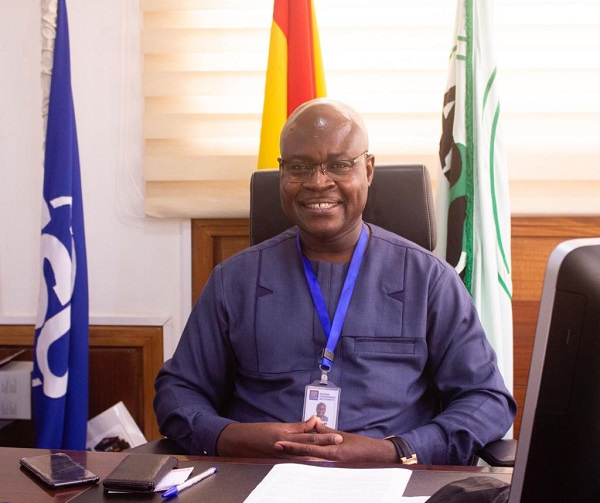 The Auditor General’s Department has indicted the management of the Ghana Standards Authority (GSA) for using its Internally Generated Fund (IGF) to pay salaries of the MD, Prof. Alex Dodoo in its 2018/19 report.

According to the management letter from the Auditor General in possession of DailyMail.com about GH¢30,000 was paid to the MD as salary in 2017 from the IGF in breach of law.

“We further noted that the Director-General was paid a salary and allowances amounting to GH¢ 29,570.12 covering the period of 12 June to December 2017 from Internally Generated Fund (lGF) in contravention of Retention of Fund Act of 2OO7, (Act 735)”.

According to the report, the governing board of the GSA approved the salaries and allowances of the MD without clearance from the Finance Ministry.

The AG has consequently directed the board to halt such payments until the clearance is sought from the Finance Ministry.

“Section 5(c) of the Retention of Fund Act of 2oo, (Act 735) stipulates Internally Generated Find (IGF) shall not be used for the payment of salaries; staff benefits and other allowances except the allowances are directly related to the provision of services that will lead to increase of revenue.

Section 6 (1) (b) of the Standards Authority Act, 1973 (N.R.C. D 175) states: “There shall be a Director who shall hold office on the terms and conditions specified in the instrument of appointment”.

Paragraph 5 of the appointment letter issued by Public Service Commission dated 17 January 2O18 States “The salary, allowances and other conditions of service attached to the post will be communicated to you after the determination by the Governing Board of the Authority in consultation with the Ministry of Finance”.

The report said: “We noted that the (Governing Board of the Authority determined and approved a basic salary of GHC18, 837.02 per month and other related allowances to the Director-General for the 2017 financial year. However, we did not see any financial clearance or correspondence from the Ministry of Finance approving the salary and the related allowances. 150. The Board’s directive to effect payment of the salary and related benefits from IGF without waiting for the financial clearance from the Ministry of Finance contributed to the occurrence of the anomaly.”

It added: “Monies meant to fund the daily operations of the Authority were used to finance employee compensation”.

The report is also demanding the MD Prof. Dodoo refunds monies paid him using the IGF once clearance is received from the Finance Ministry.

The Auditor-General is threatening to surcharge the board members should they fail to recover the said amount.

“We advised the Board to seek retrospective approval from the Ministry of Finance to ratify the salary and the related allowances paid to the Director-General. Failure of which the amount may be disallowed in accordance with Article 187(7)(b) of the 1992 constitution and Section 1U(1)(b) of the Audit Service Act, 2000 (Act 584) and the members of the Governing Board may be surcharged accordingly.

“We further recommended that the amount paid to the Director-General should be recovered from his salary when Financial Clearance is obtained from the Ministry of Finance and he is put on the Government Payroll”.

In response, the governing board stated payment of the salary of the MD through the Internally Generated Fund (IGF) has been halted.