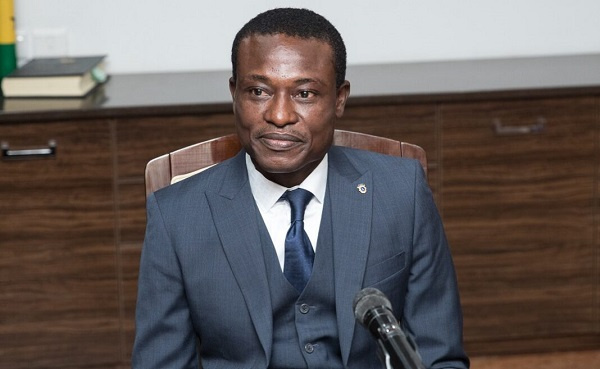 The Special Prosecutor, Kissi Agyebeng has questioned the rationale behind the appointment of Colonel Kwadwo Damoah (Rtd) as the Commissioner of Customs at the Ghana Revenue Authority (GRA).

According to him, it was inappropriate for Colonel Damoah to have occupied that position because he was sacked from the Ghana Armed Forces (GAF).

Colonel Kwadwo Damoah and a former Deputy Commissioner of the Division, Joseph Adu Kyei, have sued the Office of the Special Prosecutor (OSP) over the Labianca report.

But Mr Agyebeng in his affidavit in opposition insists the former boss of Customs was dismissed from the GAF.

Paragraph 122 of Mr Kissi Agyebeng’s affidavit in opposition read “gathered intelligence of the first respondent revealed that the first applicant was a dismissed officer of the Ghana Armed Forces”.

In paragraph 128, he continues that “In any case, if the assertion of the applicants in paragraph 8 of the affidavit in support of the application is to be taken seriously, then the first applicant, who was previously dismissed from the Ghana Armed Forces, could not have been appointed to the position of Commissioner of the Customs Division of the Ghana Revenue Authority”.

The Special Prosecutor further argued that aside from the fact that Colonel Damoah was dismissed from the Armed Forces, his tenure had expired and was holding onto his job without lawful Authority.

“…His tenure of appointment as the Commissioner of the Customs Division of the Ghana Revenue Authority had long expired or elapsed but he was still holding on and being kept in that position without lawful authority” Mr Ayabeng argued.

Meanwhile, a document intercepted by the DAYBREAK points otherwise.

The letter dated November 4, 2009, and signed by Colonel SM Adams then Acting Military Secretary nullifies the claims of the Special Prosecutor that Colonel Damoah was dismissed from the Armed Forces.

It read: “Col. K Damoah is to retire from the Ghana Armed Forces with effect from 3 April 2010”, adding he will be “Honorably Released under Item 5 (b) (iii) of the Table to Article 15.01 of Reference A.”

According to the letter, Colonel Damoah is “permitted to use his rank in civil life”.

The President has since relieved Colonel Damoah of his duties.

He was asked to hand over his duties and office to the acting Deputy Commissioner (Preventive), Seidu Iddrisu Iddisah.

Iddrisu Iddisah is to act as the Commissioner of Customs Division pending the President’s substantive appointment.