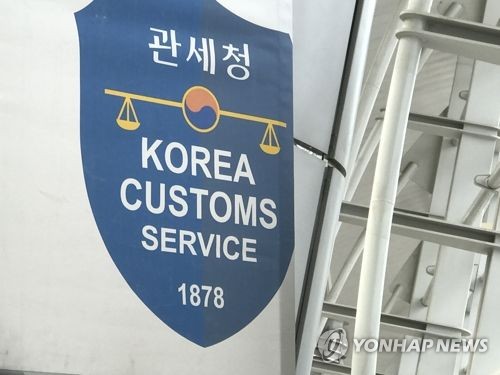 UNI-PASS is emerging as a great controversy in customs clearance on the continent of Africa, DAYBREAK can reveal.

Even as it jostles to find turf in Ghana, DAYBREAK has unassailable information that on 4th September 2015, the Cameroonian government and Korean Customs Service (KCS) signed an agreement to establish Korea’s e-Clearance System (UNI-PASS) at Yaoundae, Cameroon.

Nothing was heard about the project until Thursday February 7, 2019, when H.E. Mrs. Bok-ryeol RHYOU, Korea’s ambassador to  Cameroon visited the country’s  customs system data centre and inspected the customs system which CUPIA (Korea Customs UNIPASS International Agency) exported to Cameroon.

She made some lofty comments, saying that “Korea’s UNIPASS customs services will from June 2019 start operating Cameroon’s new customs system known as CAMPASS”.

Fast forward to 2020, CAMPASS is yet to start operations in Cameroun.

In Ghana, however, the same company that has not been able to start operations after it was awarded a contract in 2015 is to start operations, despite a rising stakeholder-agitation over reports that government plans to introduce an untried and untested new company, UNI-PASS, to start operating the Ghana National Single Window (GNSW). Again, this is despite clear possibilities that the decision would cause major disruptions in trade facilitation, which would lead to revenue loss.

The challenge was created after the Ministry of Trade and Industry had signed a 10-year sole sourced contract on the blind side of Parliament and Cabinet to Nick Danso’s Ghana Link network Services Limited, in collaboration with Customs UNI-PASS International Agency (CUPIA) of Korea Customs Services as a third Single Window operator.

It has become clear that the ten years contract at a cost of $40m was signed with a company that is yet to demonstrate it has a superior system better than those of the current vendors, GCNet and West Blue.

Another economic danger is that, if the controversial contract is allowed to take off, “termination of the UNI-PASS contract by the government either voluntarily or through material breaches occasioned by it, attracts graduated fees of between $93 million in the first year to $12m in the tenth year”, social and policy think tank, IMANI Ghana, has cautioned government in a statement addressed to Trades and Industry Minister, Alan Kyeremanten.

“Given that the UNIPASS/Ghana Link Network Services single window contract was awarded for $40 million for ten years, aren’t these termination clauses draconian?”, IMANI asked in the statement and added “ curiously, the Ministry of Trade has not published revenue projections from implementing UNI-PASS because it has not published such reviews to justify the signing of the UNI-PASS agreement.”

The statement was signed by IMANI’s founding president, Franklin Cudjoe, and it raised several key but disturbing points on why government must give the contract a second look before it is allowed to stay.

“The Customs (Amendment) Act, 2016 (Act 923) amending the Principal Act clearly points the direction of where the National Single Window is ESTABLISHED, effectively curing all elements of doubt that might have lingered on in the past as to ownership of the project. The processes leading to this outcome were recommended and executed by West Blue and the Technical Committee as part of the GNSW feasibility study. With this knowledge, why is the Trade Ministry signing agreements on this subject when a sub section of the quoted Act clearly states the Ghana Revenue Authority (GRA) as the one to manage the National Single Window System?

“In the knowledge of the Trade Facilitation Agreement that Ghana just ratified, specifically to the Article on the Disciplines on Fees and Charges, Ghana has given notification as to the number of years needed to regularize our fees and charges regime to reflect that of the WTO-TFA, why would a leading Ministry in this discussion sign a 10 year contract whose fee structure (advalorem) contravenes the stipulations of The Agreement?”

The IMANI statement concluded that: “UNI-PASS has not passed. Our advice to government will be to shelve UNI-PASS until its promoters have demonstrated value far and above existing systems. It is not even smart to undertake such a major valueless project with potential to severely disrupt trade and revenue flows.”