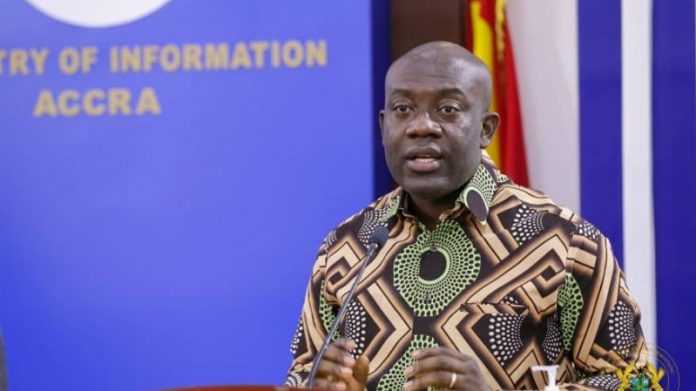 Information Minister Kojo Oppong Nkrumah says the terrorism and insurgency activities in the West African sub-region and Sahel Region is no more a risk but a reality.

He noted that the increasing seizure of territories by terrorists and insurgents in those areas was worrying, and it was imperative the ECOWAS Political Leaders and the citizens worked together to respond decisively to contain it.

“The terrorism and insurgency risk is growing and it’s no more a risk, but a reality and we show push it back,” Mr Oppong Nkrumah expressed these concerns in a media interview on Monday when reacting to key decisions reached at the Extraordinary ECOWAS Summit held in Accra, over the weekend.

“Mali, Northern Niger, Burkina Faso and lower parts of the Sahel Region and the amount of territories being taken by terrorists and insurgents is increasing. It is increasing because of political instability there,” Mr Oppong Nkrumah observed.

The Minister cited instances, where the French government had to deploy soldiers to support ECOWAS and the Sahel Region to contain the threats posed by those insurgents.

It was in that context, he said, the ECOWAS Leaders wanted to quickly restore a transitional government in Mali, in order to continue processes towards returning Mali to constitutional rule by February 2022.

ECOWAS at the end of its Extraordinary Summit held in Accra, over the week, suspended Mali from the regional bloc.

This follows last week’s Coup in which the Transitional President, Bah N’Daw and and Prime Minister, Moctar Ouane were deposed by the military.

In a communique issued by the Authority, they called for the immediate nomination of a new civilian Prime Minister who would steer that country’s transition programme.

The bloc said a new inclusive government should be formed to proceed with the transition programme.

The ECOWAS Heads of State expressed strong reservation over the socio-political crisis in Mali, which is coming halfway to the end of the agreed transition period.

They demanded the release of the former Transition President Bah N’Daw and Prime Minister Moctar Ouane, who are currently under house arrest.

The Authority reaffirmed the need for the military to respect the transition Charter agreed in Accra on September 15, last year.

The Communique reaffirmed ECOWAS’ support to accompany the transition process in Mali, and urged all international partners to continue supporting Mali towards a successful transition.

The Authority urged the Mediator in the crisis, former Nigerian President Goodluck Ebele Jonathan to persevere with his mediation efforts.

After the military takeover in Mali on August 18, last year, which led to the resignation of the then President Ibrahim Boubacar Keita, the ECOWAS Authority called for the establishment of a civilian-led transition for a period of 18 months to allow for a fresh election.