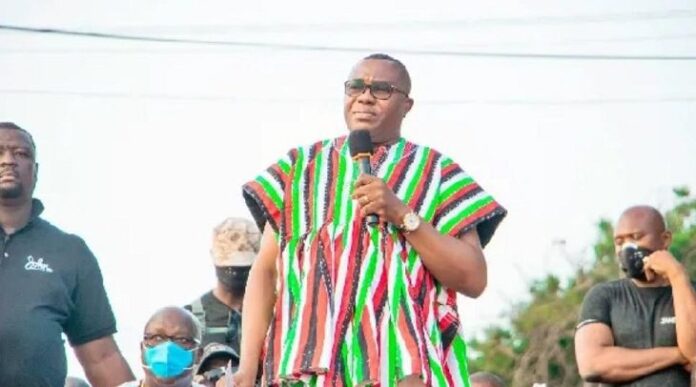 The scramble for the chairmanship position of the opposition National Democratic Congress (NDC) appears to have commenced as the incumbent chairman, Samuel Ofosu-Ampofo has justified the reason to be given another term.

This same position is being eyed by the current General Secretary of the party, John Asiedu Nketia who will be completing his fourth term as chief scribe of the party in the coming months.

However, Mr. Ofosu-Ampofo believes he has over performed to be maintained going into the party’s national executive officers election.

Speaking on Accra based radio station, 3FM on Monday July 18, 2022, Mr. Ofosu-Ampofo said that he and the current national executives of the NDC have shown so much potential to wrest power for NDC after they had led the party in opposition to come from a parliamentary deficit of 31 seats.

According to him, “Myself and my other executives were entrusted with this party in 2018 at the time we had gone into election in 2016 and lost by over one million votes.

“We lost by over fifty three seats in parliament and then we worked very hard within that short period and improved our votes by over two million votes. We were able to increase our parliamentary seats from 106 to 137.”

He was of the view that the NDC would have been in government by now and won additional five seats but because the military were used to interfere and influence the counting of the election results at some coalition centers.

The incumbent chairman applauded himself for setting record for the first time in Ghana’s political history, under his leadership, Ghana has a hung parliament and for the first time under the Fourth Republic, the opposition party has produced a Speaker of Parliament.

“There is a lot that we can pride ourselves in, we have brought unity in the party, there is cohesion in the party and even the death of the founder of the party could not prevent us from performing the way we have performed,” he mentioned.

He was of the view that the NDC is well set for victory in 2024, saying that his administration is ready to recapture power for the NDC.

“And I believe that I can continue to provide that leadership,” he stressed.