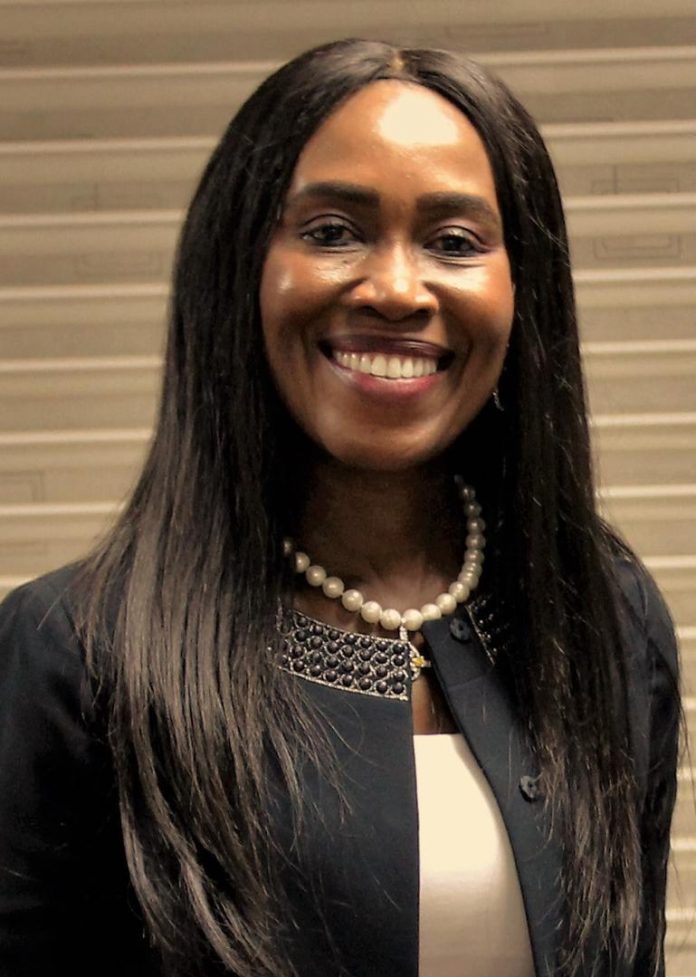 …..Recruits Over 20 Staff Without Board and Management Approval

There are growing tensions in GRA owing to the intransigence of the Board Chairman, Professor Stephen Adei and the incompetence and docility of the Acting Commissioner General “Reverend’’ Ammishaddai Adu Owusu-Amoah.

Modern concepts of management and administration depend so much on getting Human Resource issues correct, based on sound judgments and criteria as permitted by the appropriate statutory provisions, rules, regulations and orders. Unfortunately, today, very regrettably, these standards prescribed by the Public Services Commission have been thrown to the dogs in GRA owing to the obstinacy, dictatorship and recklessness of Professor Adei and paucity of knowledge, sycophancy  and cowardice of Professor Adei’s brother-in law, ‘’Reverend’’ Ammishaddai Adu Owusu-Amoah .

Promotions and recruitments are very sensitive and critical Human Resource issues in any organization worth its salt. Hiring the right persons, based on merit and other essential conditions, through well thought out policies, such as those laid down by the Public Services Commission (PSC) is extremely necessary for quality performance and industrial harmony. Similarly, promotions of personnel into critical strategic and tactical positions based on merit and other essential conditions are extremely necessary.

Recruitments and promotions are therefore to be done in transparency with very reasonable justifications based on well-defined laid down processes and procedures.

Readers may ask if that is what is happening under the so called ‘’eagle eyes’’ of Professor Stephen Adei? A few examples of developments in GRA today will help all of us to answer that question.

The Public Services Commission’s well laid down policy is that for persons to be appointed into any of the above positions that person must have a minimum qualification of a Masters Degree or its equivalent professional qualification in the appropriate field or profession.

And is the policy to be applied to all Ghanaians equally or it is to be applied along the lines of discrimination, nepotism, favoritism, power source, influence or ‘’pressure from above’’? Certainly, a public institution is not a private one where rules and regulations could easily be ignored and replaced with connections, intimidations, victimizations, persecutions, abuse and show of power. One of the major functions of law is to check abuse of power in all circumstances, especially in state institutions.

If the above assertions are anything to guide promotions and recruitments in GRA, which is a public institution, then Professor Adei, Mr. Ammishaddai Owusu-Amoah and Miss Julie Essiam should be made to conform with laid down processes and procedures of the Public Services Commission.

Firstly, the appointment of Commissioners and the Commissioner General must be based on guidelines and legal provisions of the mandate of the Public Services Commission. It is therefore not proper that, today, we have a Commissioner of the GRA who does not have a Masters Degree or an equivalent professional qualification. What do we hear? That the Commissioner is now doing an online course to upgrade the dubious qualifications? What? Jesus Christ!!!

Are persons to be appointed with the appropriate qualifications as at the time of their appointment or after? Obviously, the laws and common sense require that there should be ‘’prior qualification’’ and ‘’NOT POST QUALIFICATION’’ as the Commissioner is being allowed to do.

But what makes the matter worse is that, officers of GRA (permanent staff) who are to be promoted to the rank of Assistant Commissioner (equivalent of Deputy Director) are required to have Masters’ Degrees and yet a Commissioner, who does not even have a First degree, let alone a Second Degree, has been allowed to stay in office for over one year in a government of the NPP (which claims to have and indeed have quality personnel with all kinds of academic and professional qualifications).

Worse still, while the officers of GRA of the ranks of Chief Revenue Officers (CRO), aspiring to become Assistant Commissioners, are required to show evidence of their qualifications (including Masters Degrees), the full Commissioner has not shown any certificates of First or Second Degrees, except a Curriculum Vitae (CV) which generally says that the Commissioner is a graduate of a certain private university in the USA. Is that where we have reached now in Ghana?

We do not believe that His Excellency President Nana Akufo-Addo is aware of this. If he were to know of this (which we doubt very much) we would be surprised that he would allow such a flagrant violation of an essential prerequisite for the appointment of Commissioners of GRA.

Our sources have indicated that the unqualified Commissioner is being protected by the ‘’assurance givers’’ and others who call the shots in Ghana politics today.

Readers would be shocked to know that this ‘’unqualified Commissioner’ ’sat on a panel chaired by a Board Member of GRA, with a Representative of the Public Services Commission and other members to interview officers of the ranks of Chief Revenue Officers aspiring to become Assistant Commissioners (ACs) where the policy of the Public Services Commission is that these officers with the ranks of Chief Revenue Officer must have Masters Degree in order to qualify for promotion. The unqualified Commissioner also ‘’scored’’ for the average to be struck to determine the suitability or otherwise of these officers.

News of this essential requirement of the Public Services Commission that Assistant Commissioners of the GRA must have Masters’ Degree have gone wide and far and have become a source of worry especially when officers argue that they are not being treated fairly if a ‘’whole commissioner’’ does not have a Masters’ Degree and has been at post for over one year.

The officers who approached this paper complained of unfair treatment and discrimination against them. They argue that most of them have served with the GRA and its erstwhile institutions (namely the Internal Revenue Service [IRS]); Value Added Tax Service (VATS) and Customs Excise and Preventive Service (CEPS) for over twenty-five years, on the average, and are all in their fifties now (most of them with two to three years to reach the compulsory retiring age of sixty (60) years.)

These officers argue that in their cases, they did not attempt to deceive the authorities by falsifying documents or doctoring documents to show that they have Masters’ Degrees. But they say they are aware that the “Full Commissioner” put it out into public domain, copies of which they showed to this paper, that he/she holds Masters’ Degree (MBA) from the same private university in the United States of America, where officially the Commissioner claims to have graduated from.

Furthermore, the case of the GRA officers is that if an unqualified Commissioner, who must command respect and dignity and should have integrity, has been allowed to act as such for over thirteen (13) months with impunity, then in all fairness, they must also be allowed to progress to the rank of Assistant Commissioner.

The fact that the “Commissioner concerned” sat on their interview panel, where their fate was to be decided, is also another source of grievance to the officers of GRA.

The officers of GRA, who spoke strictly on condition of anonymity, sprang a surprise on this paper when they showed documentary evidence of persons who have been clandestinely recruited into GRA by this same controversial “Commissioner”. The appointment letters of these illegally recruited persons indicated that they were to start work on 10th August, 2020.

According to the officers, the controversial Commissioner had recruited over thirty persons into GRA unilaterally. The Commissioner who does not have any degrees (and yet parades as having them) superintended over these illegal recruitments with the complicity of Reverends “Nyaatwom” as Chairman and Commissioner General of GRA. The officers intimated further that the rest of the members of the Governing Board and Top Management were not aware of this development.

What infuriated the officers most is the appointment of one Madam Akua Mpiani Brobbe as the Deputy Commissioner, Human Resource. According to the officers, the woman whose husband is an employee of the Board Chairman in one of his schools was deliberately and purposely appointed to do the “dirty work” of Professor Adei, Mr. Ammishaddai Adu Owusu-Amoah and Madam Julie Essiam.

The officers went further to mention the case of persons recruited on contract basis by the same assurance givers. According to the officers, while the policy officially now in GRA is that no officer upon reaching the Compulsory retiring age of sixty (60) years would be allowed to stay on on contract basis, the “assurance givers” of GRA have been selective and arbitrary in its application: A case of serious concern to the officers is the contract awarded to one Mr. Samuel Djanjmah as a Consultant for two years.

The question that the officers are asking are the following:

Concerned officers of GRA and right thinking Ghanaians want immediate answers to these questions to be able to deal with the growing tensions.

The staff of GRA, whose children, wards, relatives and fellow citizens applied for employment, attended interviews of GRA in 2018, had medical examinations and underwent Police fingerprint exercises but are yet to be recruited are asking for justice in the face of the assurance givers recruitment of over thirty (30) persons into GRA on permanent and contract basis.

These issues of promotions and recruitment are soaring tensions in an already volatile environment in GRA. The actions and inactions of the Board Chairman, the Acting Commissioner General and Madam Julie Essiam who must have and is always having her way in GRA and their anchors are creating serious disaffection and discontent in GRA.

The government of NPP is becoming more and more unpopular with staff of GRA who want a change of government in order to get rid of the dictatorial and unstable minded Board Chairman, the incompetent and weak Acting Commissioner General and above all the pretending and unqualified Commissioner who shows gross disrespect, arrogance and recklessness in the affairs of GRA.

The earlier the NPP government realised the harm these individuals are causing to GRA, the NPP Administration and the nation as a whole, the better. The continuous retention of these persons could send the NPP into opposition, the GRA staffs has warned