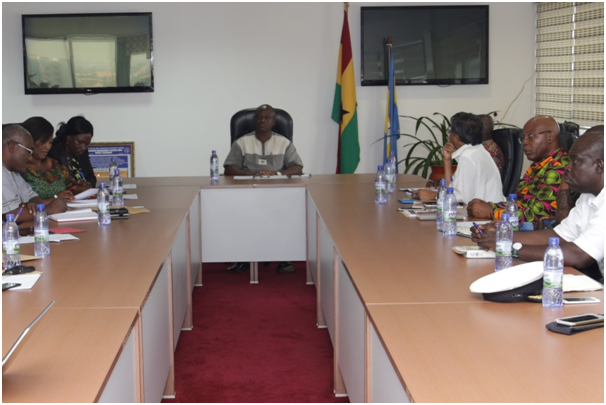 This move came after the Director General of GPHA; Paul Asare Ansah summoned the owners of the projects together with some state agencies and stakeholders whose activities focus on issuing some form of permits for the development of Port facilities for deliberations on the illegal constructions at the Authority’s headquarters.

At the stakeholders meeting the Director General of GPHA, Paul Ansah spelt out to the implementers of the projects that their actions constitute a slur on the laws of Ghana.

He said the even though the port authority is not against job creation for indigenes in the areas where the illegal facilities are being built, such business venture needed to be done in accordance with the laws of Ghana else endangers the security of Ghana.

The owners of the projects pleaded with the port authority to forgive since they were ill advised.

The state agencies present including the Environmental Protection Agency, Ghana National Petroleum Corporation, Ghana Maritime Authority, National Security agreed among themselves that going forward, there should be more collaboration between them to avoid such misconduct.

They chastised the developers and admonished potential investors to do the right thing when they wish to engage in their projects.