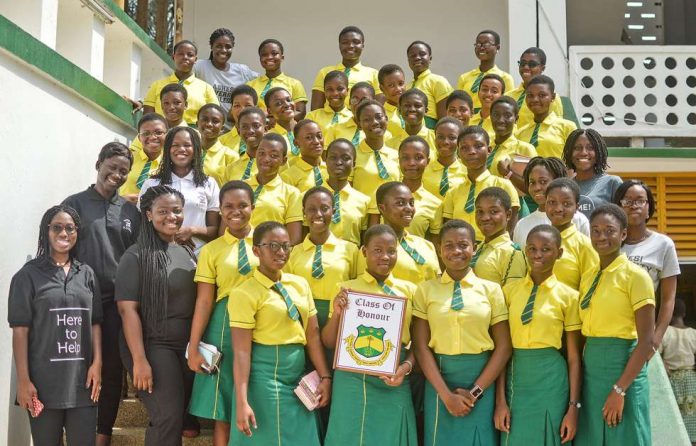 The ban on fasting by the authorities of Wesley Girls High School (WGHS) has been taken purely as a religious issue. I believe it is far from that. The school’s decision is purely based on health, academic and school routine. The “no fasting” rule existed 25 years ago when I was a student and it was applied to all students of any religious background.

The school authorities have implemented measures to ensure that the girls are able to concentrate on their studies with minimum distraction in order to achieve the academic excellence that is associated with the school. This is even more critical now due to a demanding academic curriculum.

For example, the school has instituted twice-daily preps at 5 am and at 6:10 pm to ensure that the students have an opportunity for individual learning in addition to in-class learning under instruction from their teachers. This routine is to ensure that students are adequately prepared for the WASSCE. The success of the routine is evident in the latest WASSCE results in which 5 out of the top 10 results were achieved by WGHS students.

Students spend a shorter time in school for the new Senior High School structure compared with the previous structure so it is imperative for the school to maintain a routine that is stripped of most non-academic activities in order for them to concentrate on their studies. These rules affect students of all religions in equal manner; Christian, Bahai, Muslim, Buddhist, etc.

When students are admitted, they are required to sign an undertaking that they will abide by the school rules. However, the Ghana Education Service (GES) seems to have a posture of constantly issuing directives to schools rather than opening a dialogue with them to understand why they have rules or do things the way they do.

As custodians of Methodists schools in Ghana including WGHS, the Methodist Church of Ghana has the responsibility to help enforce rules thus, their response to the GES directive. The reference to upholding tradition has to do with the rules and principles that govern the school. There was no reference to religious traditions in their letter. Every school whether Christian or otherwise, has some traditions that marks the character and identity of the students who go through them, and they guard such traditions with passion.

What should we make of the parent who brought a media crew to interview their child on the school’s premises without permission, especially in the midst of a pandemic when schools have restricted visits? Could the parent not have opened dialogue with the school authorities to give them the opportunity to address their concerns before going to the media? The actions of the parent have brought unnecessary attention to a minor who may also be ostracized by fellow students due to the negative attention that her harmless complaint to her parent has generated about their beloved school.

As a parent, when you enroll your child in a school you admire, you have to trust the systems in the school to work in your child’s favour. You may not like every rule, but they are there for a reason. We need to teach our children to abide by rules (school, work, society, etc.) especially when they have undertaken to obey them.

It is quite unfortunate that the innocent comment of a child has swelled to a major problem where religions are being pegged against each other and egos are being paraded instead of looking at the real issue at stake.

Let us not feed into a campaign of spreading falsehood and hatred against each other, especially in a sacred period to Muslims. My beloved Wesley Girls’ High School has raised some of the finest and honest women I know, including Muslims, some of whom are very close and dear friends.

So, as we say in Wesley Girls’ High School: Live pure, speak true, right wrong follow the king. Refuse to be part of the falsehood which seeks to divide us