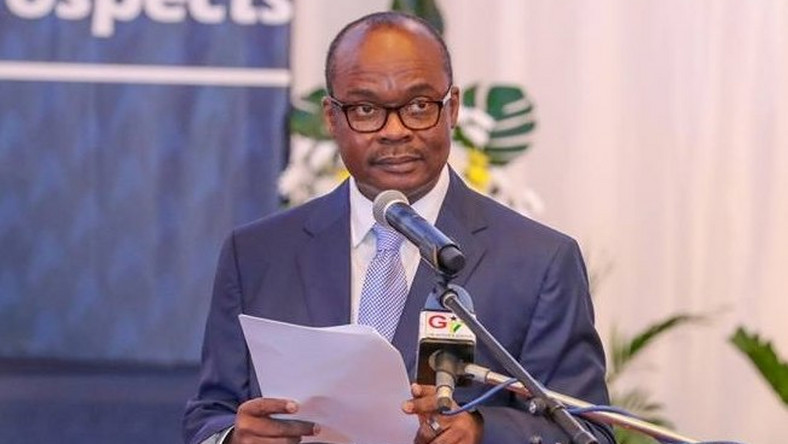 The Bank of Ghana (BoG) has slashed its benchmark rate, the policy rate by 100 basis points (bps), signaling a return to monetary easing after a year of tightening.

The bank reduced the rate from 14.5 per cent to 13.5 per cent today after concluding its 100th Monetary Policy Committee (MPC) meeting on May 29.

The Governor of the Bank of Ghana (BoG), Dr Ernest Addison, who chairs the seven-member committee, said at a news conference in Accra yesterday that the reduction in the rate followed the waning in risks to the inflation and growth outlooks, which had occasioned a sustained rate-hold between May 2020 and March this year.

He said the bank now expected the rate cut to blend with existing fiscal and monetary policies to boost growth at a time when data showed a stronger rebound in economic activities.

Some analysts, however, told the Graphic Business that the cut was “a huge surprise,” given that inflation had not fully stabilized in spite of falling from 10.3 per cent in March to 8.5 per cent in April.

Dr Addison said after cutting the rate by 150bps in March 2020, the central bank was met by dampened growth and rising inflation on the back of the COVID-19 pandemic.

“To complicate matters, this (2020) was also an election year and so we were not about to reduce the rate when we were not sure of all of that stance relative to inflation and growth. So, the prudent thing was to keep the rate where it was,” he said at the 100th MPC press conference of the committee since its establishment in 2002.

“Now, come 2021, that whole risk of elections is over us. Global growth is picking up and continuous to be favourable. Domestically, in the past two-to-three months, we have seen non-resident investors come in strongly to take our bonds and we have seen inflation come down in April. The argument then is, what is the central bank waiting for,” the Governor asked.

He added that the reduction in the rate also showed that the committee was confident that the recent increments in fuel prices, taxes and other price administrations would not result in higher inflation in the coming months.

An economic analyst, Mr Leslie Dwight Mensah, however, said the reduction was “a huge surprise” to him.

Mr Mensah, who is a Research Fellow with the fiscal policy think tank, Institute for Fiscal Studies (IFS), said he was of the view that the tax hikes which took effect on May 1 were and the increments in fuel products would have been a huge concern to the bank in any decision on the policy rate.

“I thought they will be concerned about inflation in the months ahead. Inflation went down, yes but that is largely on account of a base effect,” the economist said.

He explained that in April 2020, inflation spiked on account of astronomical increases in prices after the COVID-19 had first been reported.

A year on, Mr Mensah said the consumer inflation index (CPI) had readjusted, largely accounting for the fall in inflation from 10.3 per cent to 8.5 per cent.

He, however, expressed the hope that the rate cut would combine with other measures to boost growth.

On the execution of the budget, the Governor said provisional data indicated that the budget registered a cash deficit of 2.6 per cent of gross domestic product (GDP), against the target of 2.5 per cent of GDP in the first quarter.