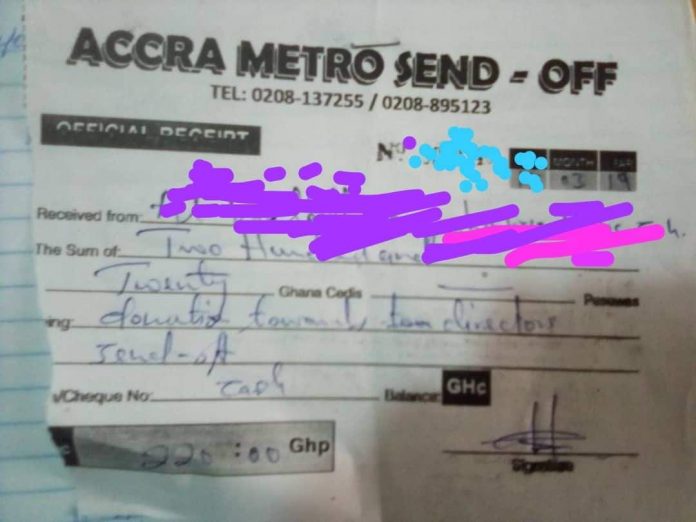 A copy of a receipt issued to one such school showing amount paid by pupils of that school indicates a culture that may have existed for long in public schools for the benefit of Metro Education heads who are retiring.

A critical analysis of the pervading culture indicates that if the Metro Director is in charge of 50 schools in his district, he is entitled to a sum of GH¢220 per school.

DAYBREAK learnt that such monies are not paid from an existing welfare fund, but charged to pupils account as levies to make up the GH¢220 quota that is paid by the school