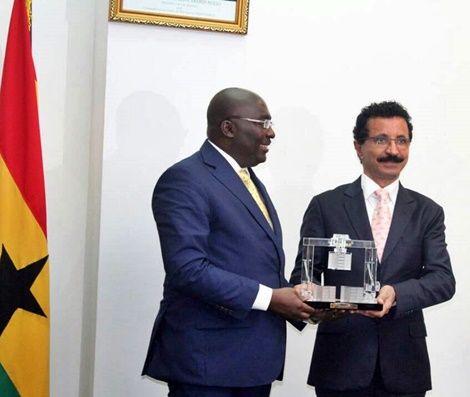 The quest of one man to introduce UNIPASS as a third company to join the existing Single Window operators at the ports is causing some internal discord along the corridors of power and among some government institutions, not excluding the Ministry of Finance and the Trade Ministry.

Already, Vice-President Mahamudu Bawumia, Chairman, Economic Management Team has introduced major reforms at Ghana’s ports to block leakages in government revenue and is on record to have highly commended the current single window operators as having helped in this regard.

It therefore opens government up to mockery that the same government has announced plans to introduce an entirely new company, UNIPASS, to the ports to start operations in the single window and cargo clearing jobs.

If this attempt is allowed to see the light of day, it becomes the most direct and unequivocal opposition to all the laudable reforms Dr.  Bawumia and the Economic Management Team have achieved at the ports since the New Patriotic Party (NPP), won the 2016 polls.

The newly introduced winning strategy at the ports was making Ghana an envy to the world until the Ministry of Trade recently offered a 10-year sole sourced contract to Nick Danso’s Ghana Link and its overseas partners, CUPIA Korea Customs Service as a third Single Window operator and possibly take over from the existing vendors using all means available.

Nick Danso has been in the thick of affairs get the UNIPASS deal through although the development has raised eyebrows among stakeholders and sparked some diplomatic discomfiture for the country.

The UNIPASS contract has raised a lot of concerns at the ports and stakeholders are yet to understand why the Trade Ministry would want to tamper with the current situation that has Vice President Bawumia integrating the platforms of existing companies operating single window systems at the ports for the smooth paperless ports scheme and trade facilitation.

It is awkward that while the Vice President has publicly repeated the NPP led-government is committed to reducing the cost and time of doing business at the ports so as to make Ghana’s ports a top destination for trade transactions, the gains made in that regard could be tampered with, with the introduction of this new company contracted to do what has been described as a duplication of roles being done by existing companies.

The paper has it that Nick Danso has been having ‘meetings’ with some high-profile people in the Finance and Trade Ministry as well as the presidency to get the UNIPASS single window deal through in spite of the fact that West Blue and GCNet are already doing same job at the ports which is achieving fantastic results for the nation.

DAYBREAK investigations reveal that Mr. Danso recently met with some big people (names withheld for now) in the Ministry of Finance to get the UNIPASS Deal expedited.

DAYBREAK will soon come out with what was discussed at the meeting and those he met.

Perhaps, the most noticeable contribution of UNIPASS coming into place is that it would make Mr. Danso and his allies richer.